《TAIPEI TIMES》 Taiwan thanks US for new arms sales 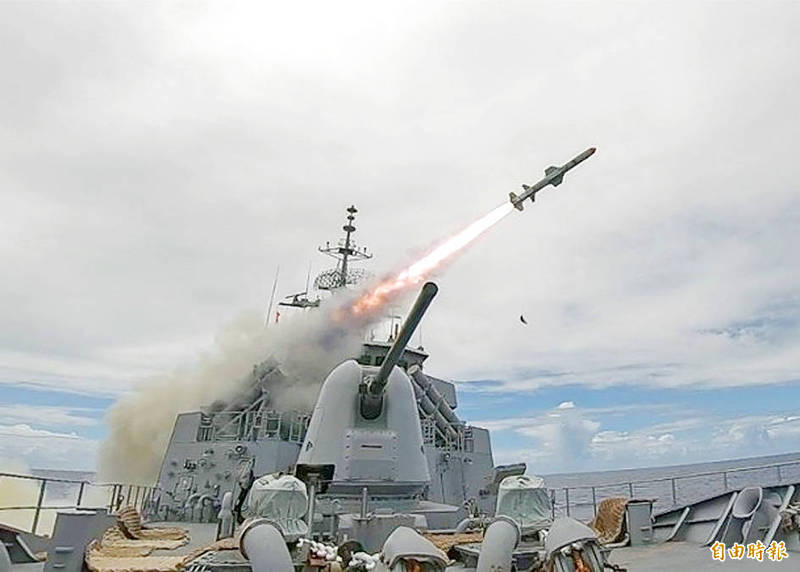 STRIKING A BALANCE: The US$2.37 billion weapons package would further modernize Taiwan’s defense capabilities in the face of Chinese provocation, the government said

“Taiwan’s government thanks the US government for once again providing important defensive weapons in the wake of last week’s announcement of a three-part arms sales package,” Presidential Office spokesman Xavier Chang （張惇涵） said in a statement yesterday.

“This sale once again constitutes concrete action by the US government to fulfill its security commitments under the ‘six assurances’ and the Taiwan Relations Act, and also demonstrates that the US government considers assisting Taiwan to strengthen our self-

defense capabilities a matter of great importance,” he said.

In the face of China’s military expansionism and provocation, Taiwan will further modernize its defense capabilities and upgrade its asymmetric combat capabilities, in a bid to maintain regional peace and stability, it said.

The latest package includes up to 100 Harpoon Coastal Defense Systems and related equipment for an estimated cost of US$2.37 billion, the Pentagon’s Defense Security Cooperation Agency said in a news release.

The agency has delivered the required certification notifying the US Congress of the possible sale, it added.

The proposed sale would improve the recipient’s capability to meet current and future threats by providing a flexible solution to augment existing surface and air defenses, but would not alter the basic military balance in the region, it said.

The US Department of State’s Bureau of Political Military Affairs also announced the sale on Twitter.

The US has normalized its arms sales to Taiwan and reviewed Taiwan’s purchase proposals upon request, rather than holding and approving accumulated proposals all at once, Democratic Progressive Party Legislator Wang Ting-yu （王定宇） wrote on Facebook.

The weapons provided by the US also feature long-range and precision combat capabilities, and can be mounted on existing systems, he added.

China would take “necessary measures” to safeguard national sovereignty and security interests if the US does not drop its arms sale plans, ministry spokesman Wang Wenbin （汪文斌） said yesterday in a China Central Television news report.