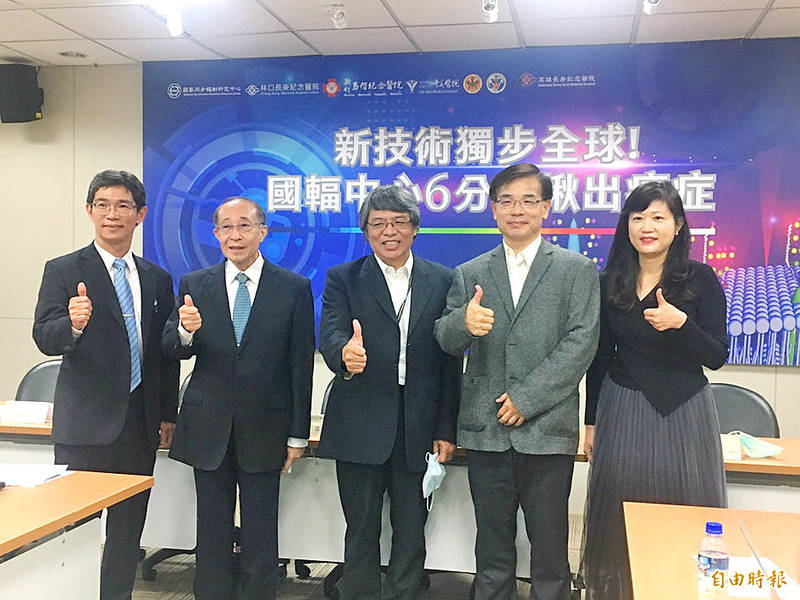 UPGRADE: The system is more efficient than others, which typically involve longer procedures that can produce pseudo-positive or pseudo-negative results

The system uses paraffin and beeswax with organic solutions as developers for its infrared imaging device, which can mark abnormal polysaccharides on the surface of cancer cells in six to 15 minutes, while the wax is absorbed by healthy cells, he said.

Normal human cells are covered by polysaccharides, which are key to the connections between cells and their external environments, but during the canceration process, the polysaccharides are altered and cause cell malfunction, he added.

In addition to cancer cells, the imaging system can detect precancerous lesions on cells, Lee said.

Paraffin, an inexpensive material, has been widely used to preserve tissue samples at hospitals, but the research team is the first to use it to differentiate between normal and pathological cells, he said.

Lee said that the team has also developed software called iPathologist, which can analyze the scanned tissues and help surgeons prescribe timely treatment for patients.

The system is more efficient than other cancer screening techniques, including pathological analysis of tissues, mass spectrometry and enzyme-linked immunosorbent assay, which usually entail complex procedures that take hours or even days, and might produce pseudo-positive or pseudo-negative results, Lee said.

The system, including the imaging device and the software, was developed for about NT$200,000, he said.

The system was developed from 2009 to 2013, with clinical tests conducted in the following years, Lee said.

The team transferred the technology to a local company on a nonexclusive basis in 2017 and the system is being tested by the company before commercialization, he said.

The center used its synchrotron-radiation infrared light for the imaging device, allowing it to produce images smaller than a cell, but a commercial-level infrared light can also be used, although it is not as clear, he added.

The team’s technique has obtained patents in Taiwan, Japan, the US and the EU, the center said.

Lee’s team is now working with Linkou Chang Kung Memorial Hospital and Imperial College London to apply the system to the diagnosis and prognostic assessment of kidney diseases, the center added.