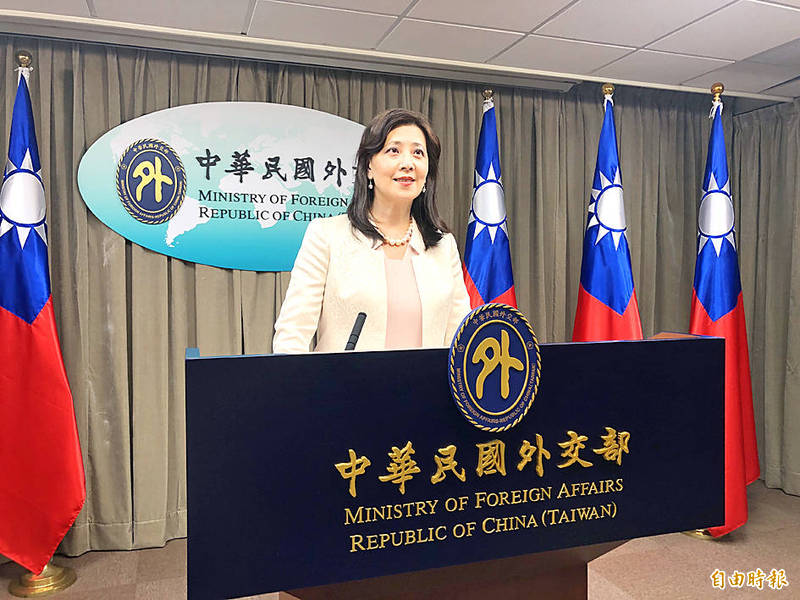 The world should denounce the actions of Chinese embassy staffers in Fiji against a Taiwanese diplomat during a National Day celebration in Suva, the Ministry of Foreign Affairs （MOFA） said yesterday as it thanked the Fijian government for its help after the Oct. 8 incident.

Two Chinese diplomats tried to force their way into a celebration held by the Taipei Trade Office in Fiji at the Grand Pacific Hotel in Suva on Oct. 8, and a Taiwanese diplomat who tried to stop them taking photographs suffered a head injury.

MOFA spokeswoman Joanne Ou （歐江安） told a news briefing that the ministry had reported the incident to Fijian police, who are investigating it together with the Fijian Ministry of Foreign Affairs.

Asked if MOFA would file a lawsuit against the Chinese diplomats, Ou said that filing a police report was the first step, and the ministry has prepared related documentation if further action is needed.

China’s “wolf warrior” diplomacy, which has engendered ill feeling from many countries, has become “gangster diplomacy,” but it keeps telling lies to cover up other lies it has told, she said.

Other nations should jointly denounce the Chinese embassy’s actions, as what happened to Taiwan might happen to them, she said.

Taiwan is a “peace-loving country” that invites people to events around the world for Double Ten National Day, and it would continue to do so, she said.

Deputy Minister of Foreign Affairs Harry Tseng （曾厚仁） told lawmakers on Monday that the incident is complicated, because the Fijian government wanted to downplay it.

The English-language Fiji Times yesterday cited Fijian Acting Police Commissioner Rusiate Tudravu as saying that the police “will not be conducting further investigations” as the case is being handled at diplomatic level, as agreed by all parties involved.

Asked about Tudravu’s comment, Ou said the incident involves diplomatic concerns, and the Fijian government has negotiated between Taiwan and China, adding that Taipei and Suva maintain smooth communications.

Later in the day, MOFA issued a statement saying that the Fijian foreign ministry had dealt fairly with the incident and protected the Taipei office’s rights, which it respected.

It thanked the Fijian government for promising to send personnel to assist at the Taipei office’s future public events.

Premier Su Tseng-chang said earlier in the day that the world needed to see what China was capable of.

“China’s officials posted overseas are acting like hooligans; beating people is not acceptable,” he told reporters.

However, the issue was hard to deal with because the Chinese diplomats in Fiji have diplomatic immunity, Su said.

“However, we must appeal to the international community with the relevant evidence,” he added.

MOFA came in for some criticism by lawmakers yesterday.

MOFA should reflect on its handling of the incident, Lin said.

The caucus would ask KMT Legislator Lu Yu-ling （呂玉玲）, one of the conveners of the Foreign and National Defense Committee, to arrange for Minister of Foreign Affairs Joseph Wu （吳釗燮） to deliver a special report on the incident, Lin said.

If China refuses to acknowledge the existence of the Republic of China （ROC）, the two sides of the Taiwan Strait could eliminate all exchanges without seeking further communication, he said.

Cross-strait peace and stability rely on the joint efforts of the two sides, so Taiwan should make its appeal that the so-called “one China” includes the ROC’s assertion, he said.

Taiwan People’s Party Legislator Jang Chyi-lu （張其祿） questioned why MOFA did not discuss the incident until it was reported by foreign media 11 days later.

Jang also condemned the actions of the Chinese diplomats, saying that they would not help advance cross-strait peace.