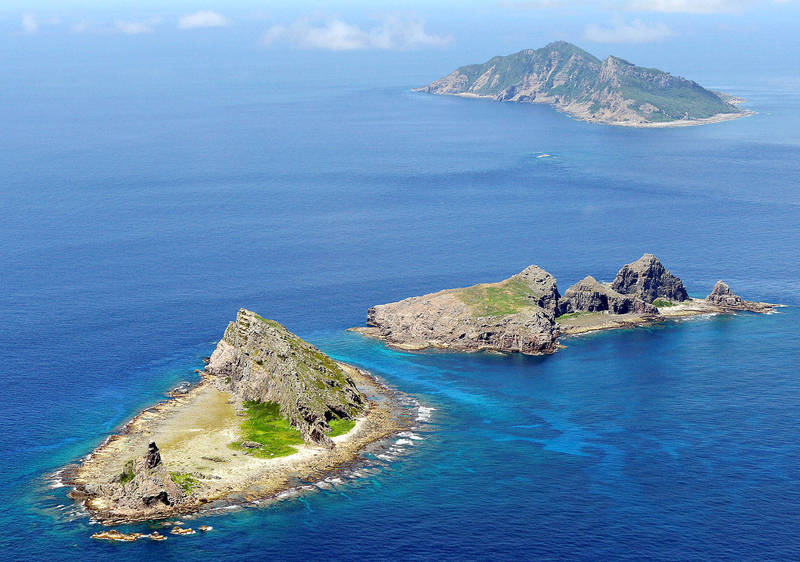 The Ministry of Foreign Affairs yesterday protested a Japanese local government after it renamed the administrative designation of a group of islands claimed by Taiwan, Japan and China.

The ministry in a press release expressed regret and said that it has lodged a “sober protest” to the Japanese side through diplomatic channels, without indicating whether the protest was verbal or written.

The statement came after the Ishigaki City Government earlier in the day renamed its administrative district that includes the Diaoyutai Islands （釣魚台）, known as the Senkaku Islands in Japan, from “Tonoshiro” to “Tonoshiro Senkaku.”

The Ishigaki City Council on June 22 passed a resolution directing the local government to rename the islands.

Ishigaki officials in July said that renaming the islands was to send a message to China, which has increased its harassment of Japanese fishing boats in the area.

The ministry said that the Diaoyutais are part of the territory of the Republic of China （ROC）.

The ministry urged the Japanese side to show restraint and refrain from interrupting Taiwanese fishing operations in the area so that the bilateral friendship is not affected.

On Sunday, the Hsin Ling Po No. 236, a Taiwanese fishing boat, was reportedly hit by a Japan Coast Guard vessel in waters west of the Diaoyutais.

No one was hurt, but the fishing boat was damaged.

The coast guard said that the Hsin Ling Po No. 236 was illegally operating inside the 12 nautical mile （22.2km） territorial waters of the islands.

The fishers denied operating inside that area.

In July, a spokesperson for the Japan-Taiwan Exchange Association, which represents Japan’s interests in Taiwan, said that the renaming of the administrative district would not affect the fishing rights of Taiwanese.

According to a fisheries agreement signed by Taiwan and Japan in 2013, Taiwanese fishers are allowed to operate in the area, although not in waters within 12 nautical miles of the islands.