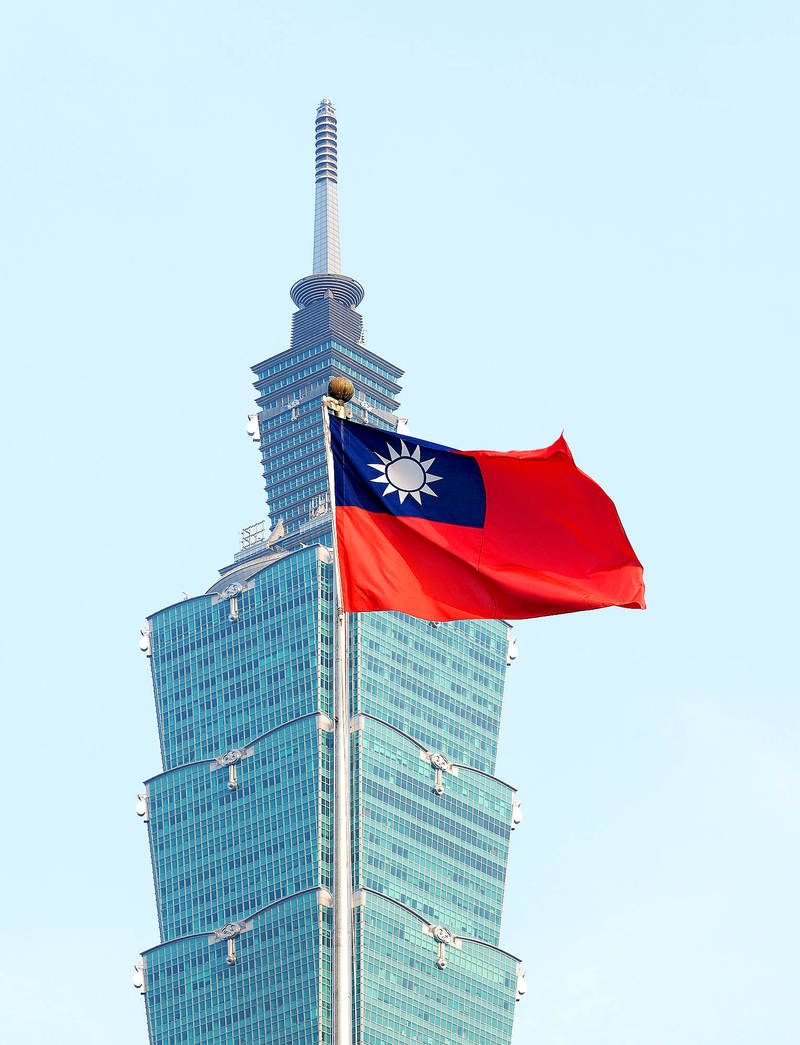 The Republic of China flag flies in front of Taipei 101 on May 13. Photo: DAVID CHANG / EPA-EFE

The Switzerland-based institute has conducted the survey since 2017 to measure the capacity and readiness of 63 economies to adopt and explore digital technologies as a key driver for economic transformation in business, government and wider society.

The survey grades economies based on their performance in three main areas: “knowledge,” “technology” and “future readiness,” which each have three sub-factors.

The National Development Council said that the nation outperforms its peers in sub-factors due to the agility of Taiwanese companies, the proportion of its mobile broadband subscribers, and the ratio of information technology and media stock market capitalization against GDP.

The government would refer to the study as it strengthens its digital policy, the council said.

“The government values findings on Taiwan’s strengths and weaknesses as it builds up its digital competitiveness,” it said in a statement.

Taiwan slipped one notch in the knowledge category, suggesting room for improvement in training and education, public spending on education, student-to-teacher ratios and the number of female researchers.

The nation gained headway in research and development spending and salaries, the council said.

The US topped the list for the third consecutive year, with the engine behind its impressive growth powered by its research and development, business agility and the positive attitudes of its citizens toward embracing the new tech normal, the institute said.

Robots are also part of the story, given that North America is a leading region in the global educational robot market, it said.

Economies would emerge in a post-COVID-19 world in two ways: Some would recover quickly and even thrive, while others would fall prey to further black-swan events, it said.

“The fate of economies can be predicted by how they charge forth into the digital stratosphere,” the institute said.

Singapore was second this year, with its technology and knowledge scores edging upward, the institute said.

Singapore claimed more top spots in individual categories than the US, the IMD said.

“In talent, regulatory and technological framework, Singapore’s efforts to build its talent pool are paying off,” it said.

Denmark was third and Sweden fourth.

Hong Kong climbed to fifth, thanks to its high-tech exports and patents, the institute said.

China excels in future readiness, but at 16th, it has to catch up to shine in digital competitiveness, the IMD said.