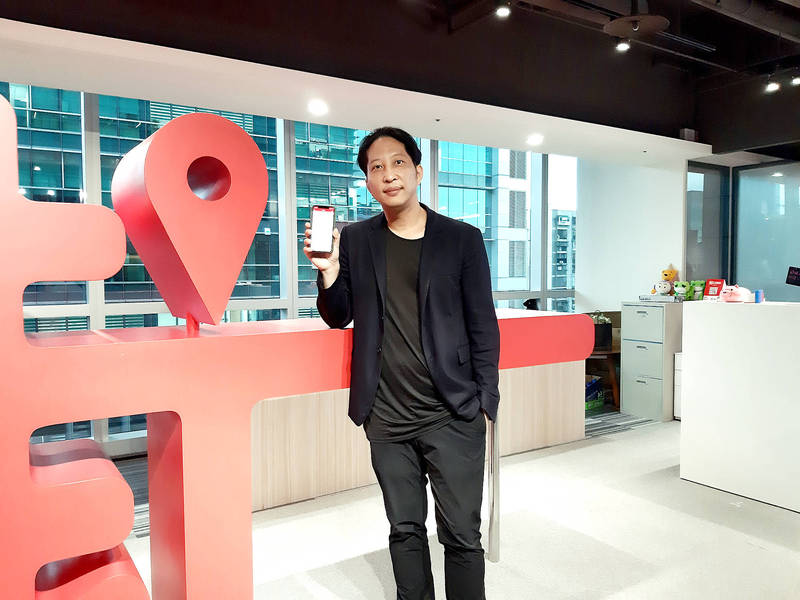 FINDINGS: The firm’s audit department said that the investment service could mislead investors about its guaranteed returns, but Kevin Hu chose to ignore it, the FSC said

The commission found through its on-site inspection at Jko Asset on Sep. 11 that the firm’s audit department on July 20 — the day Tuofu Bao was launched — internally reported that the service could mislead investors about its guaranteed returns, Securities and Futures Bureau Chief Secretary Kuo Chia-chun （郭佳君） told a news conference in New Taipei City.

Hu, who at the time was acting as the vice chairman at Jko Asset, ignored the internal report and decided to launch the service, Kuo said.

Hu made the decision alone, without proposing the service at Jko Asset’s board meetings, which indicated a failure of internal controls, Kuo added.

The commission, which was not aware of the internal report at the time, asked the firm to submit documents explaining the legality of the service, but Hu only replaced then-chairperson Kao Wu-chung （高武忠） and he later served as the acting chairman and president at Jko Asset, despite not meeting the qualification requirements for the two positions, Kuo said.

The punishment would likely jeopardize Hu’s chairmanship in Jkopay, as people who have contravened financial regulations over the past five years would likely be barred from acting in the leadership of electronic payment firms, Banking Bureau Chief Secretary Phil Tong （童政彰） said.

The commission would set up a new set of criteria for the chairpersons or management of e-payment firms after a draft amendment is passed by the Legislative Yuan next year at the earliest, Tong said.

“Given that we prohibit people who have contravened the Criminal Code or financial regulations over the past five years from serving in the leadership of banks under the Banking Act （銀行法）, we plan to forbid them from taking important positions at e-payment firms too,” he said.

The commission suspended the Tuofu Bao service on July 23 and would bar investors from buying the “JKO Multi-Asset Fund” through the e-payment service operated by Jkopay.

If Jko Asset or Jkopay intends to allow investors to buy other funds using the e-payment service, they would need to apply to the commission first, Kao said.

Calling the commission a “dictator,” Hu said that it abused its power by levying a fine that was not proportional.

It would “kill” financial innovation in the nation, he said, adding that he would appeal the fine.

“I will not give in to the commission’s penalty and will try to continue my leadership in the firms,” Hu said yesterday.

Jko Asset Management’s penalty is the severest for a single case, followed by a fine of NT$3.6 million levied on Fubon Securities Investment Trust Co （富邦投信） in 2006, the commission’s data showed.