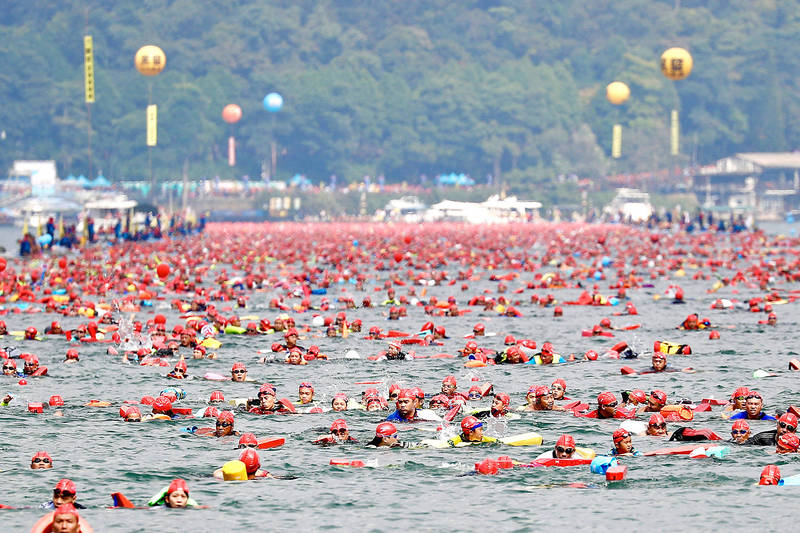 Nantou County Commissioner Lin Ming-chen （林明溱） said that businesses in the popular tourist area were relieved to learn that the annual event would go ahead after the central government approved it in light of the additional measures.

This year, the organizers checked each participant’s temperature, and required all participants to wear a mask up until entering the water and immediately after finishing the 3km swim.

The swimmers were also divided into four groups with different time slots, and the intervals between the starting times were longer than in the past, the organizers said.

When he first arrived in Taiwan, he was told that Taiwanese perform three outdoor activities in their lifetime: climb Yushan （玉山）, swim across Sun Moon Lake （日月潭） and bike around Taiwan proper, Cowan said.

Cowan, who has been in Taiwan for two years and nine months, said he has been promoting “sports diplomacy,” and has explored Taiwan’s natural beauty through hiking and cycling.

He has also participated in the Taipei 101 climb, and hiked up Yushan and Syueshan （雪山）, he said.

He also joined members of the Australia New Zealand Chamber of Commerce in Taipei on a cycling trip from New Taipei City’s Tamsui District （淡水） to Oluanpi （鵝鑾鼻） in Pingtung County, in addition to other cycling trips including one from Hualien County to Tainan.

In June, he rode the circuit traversed by riders in the annual King of the Mountain event, and next month he plans to cycle from Taipei to Tainan, he said.

Yesterday’s swim was a “once in a lifetime experience,” Cowan wrote on Twitter. 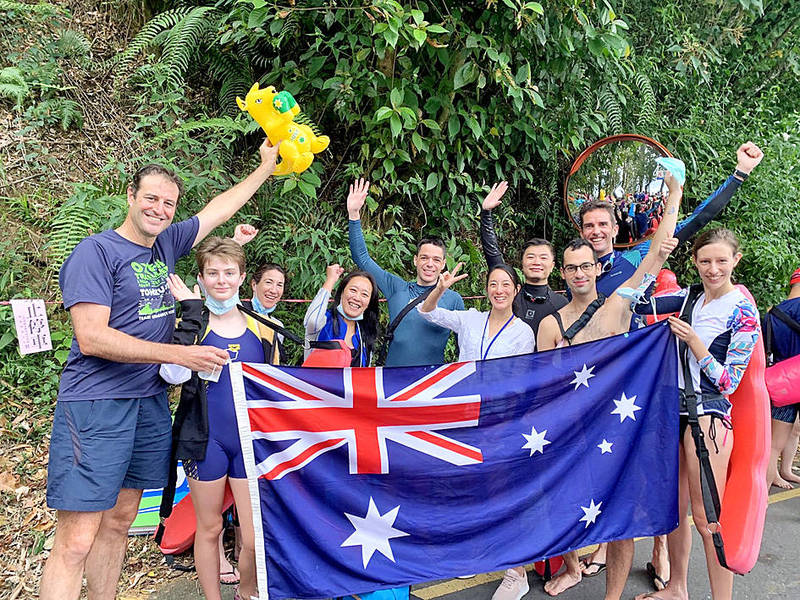