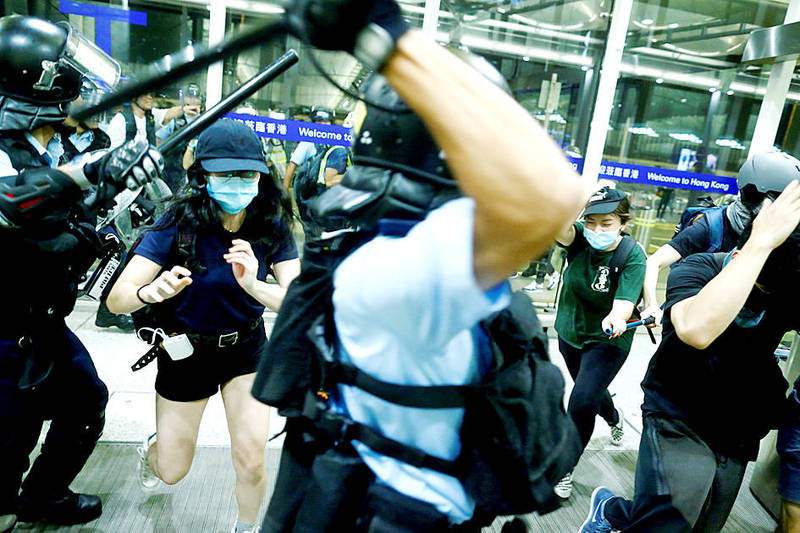 FREEDOM: The number of Hong Kongers receiving BNO passports last year rose eightfold from the previous year to 154,218, and 32,813 documents were renewed this year

The authority also recorded 32,813 renewals by the end of June, the second-highest number since 2006, the Post said.

The identity document is a product of the end of the British colonial era, made to recognize Hong Kong residents of the time as overseas British nationals, although it only gave holders the right to visit the country for as long as six months.

In July, the British government upgraded the status of BNO passport holders to offer them a path to British citizenship in response to the Chinese government’s introduction of a controversial National Security Law in Hong Kong.

The political unrest last year and the introduction in June of the security legislation have prompted many Hong Kong residents to plan an exit from the former British colony in search of more stability and freedom.

The UK has become an increasingly attractive destination with the easing of immigration policy toward BNO holders.

Realtors in London are already seeing a surge in interest from Hong Kongers, with inquiries up almost 80 percent this year for some agencies.

There are an estimated 350,000 BNO passport holders in Hong Kong and about 2.5 million who are eligible to apply.