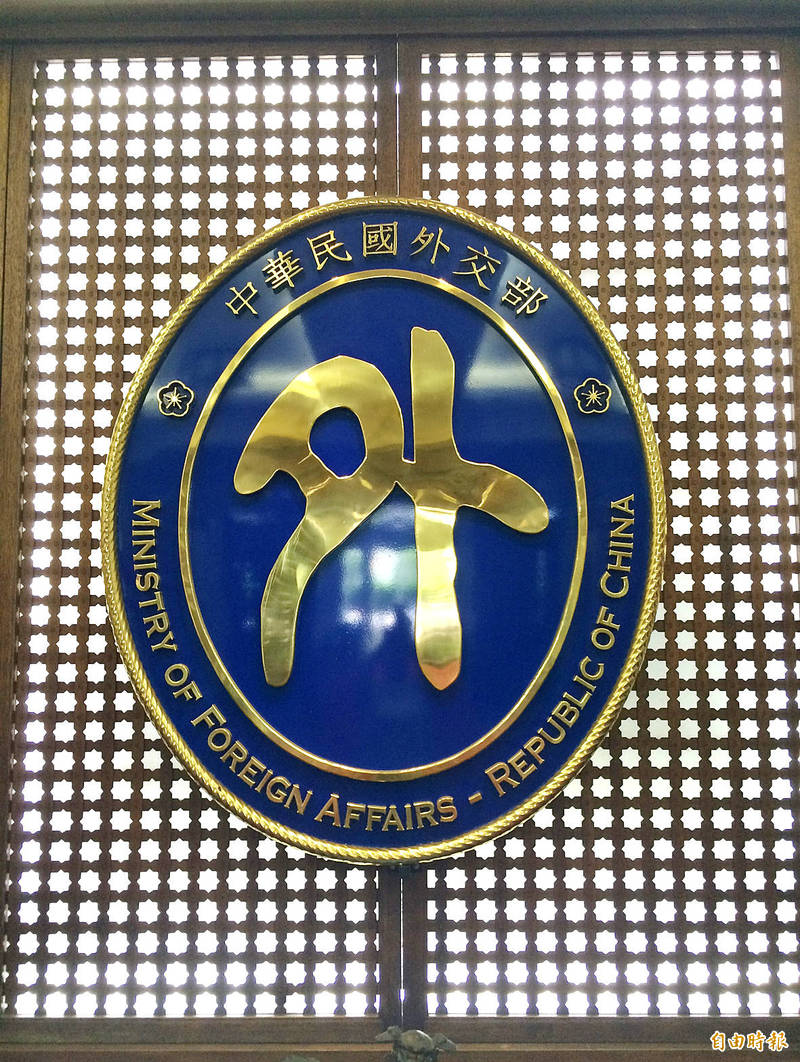 The logo of the Ministry of Foreign Affairs is pictured at the ministry in Taipei in an undated photograph. Photo: Lu Yi-hsuan, Taipei Times

MISTAKE: The Global Covenant of Mayors for Climate and Energy is not a UN body, and the government is committed to protecting the nation’s name, Joseph Wu said

The Ministry of Foreign Affairs yesterday condemned the Global Covenant of Mayors for Climate and Energy for listing Taiwanese cities as belonging to China on its Web site, and asked that it correct the error.

The organization was inaugurated in Brussels in 2016 as a global coalition of mayors committed to reducing greenhouse gas emissions.

Six Taiwanese cities at the time joined the coalition as cities in “Taiwan,” the ministry said.

The nation’s other member cities — Taipei, New Taipei City, Taoyuan, Tainan and Taichung — were also listed as cities in China, it added.

Minister of Foreign Affairs Joseph Wu （吳釗燮） yesterday called Kaohsiung Mayor Chen Chi-mai （陳其邁） to inform him that the ministry would lend its support on the issue, after Chen had tried to resolve it on his own.

Wu said that Taiwan’s representative to the EU has reached out to the organization and urged it not to “denigrate Taiwan’s regional governments.”

The ministry said it has also contacted the Bonn, Germany-based International Council for Local Environmental Initiatives to ask that it change how its Web site refers to Taiwanese cities, which are listed as being in “Chinese Taipei.”

“These organizations are not under the administration of the United Nations — they are international platforms to combat climate change,” Wu said.

“The government is fully committed to protecting the nation’s name, as well as the rights of its local governments to participate in international organizations,” he said.

In other news, Wu is to warn lawmakers that China’s next “target” after Hong Kong would be Taiwan as Beijing looks for scapegoats while facing internal and external crises, according to a copy of a report sent to the legislature yesterday, which Wu is to present today.

Wu is to say that China has tried to pressure and isolate Taiwan in the international arena over the years and ramped up its pressure in the past few months as it grapples with problems at home and abroad.

The issues include strained relations with the US, sovereignty disputes in the South China Sea and a military standoff with India, the report says.

When China faces such crises, it looks for scapegoats to help consolidate the legitimacy of its one-party rule, it says.

After China in June imposed a new National Security Law on Hong Kong to take full control of the special administrative region following a year of pro-democracy protests, Beijing now sees Taipei as its next target, the report says.

In the past few months, China has continued to elevate its military coercion of Taiwan by sending warplanes into the nation’s air defense identification zone, it says.

Such incursions have not only changed the cross-Taiwan Strait “status quo,” but also pose a serious threat to peace and stability in the Indo-Pacific region, and have raised concerns in the international community, the report says.

Other challenges also exist in the region, including the nuclear threat from North Korea, sovereignty disputes in the South China Sea and China’s tightened control of ethnic autonomous regions in Tibet, Inner Mongolia and Xinjiang, it says.

In response to these challenges that threaten regional security, the foreign ministry would continue to safeguard Taiwan’s sovereignty, dignity and democratic values based on “steadfast diplomacy” to promote the nation on the world stage, the report says.