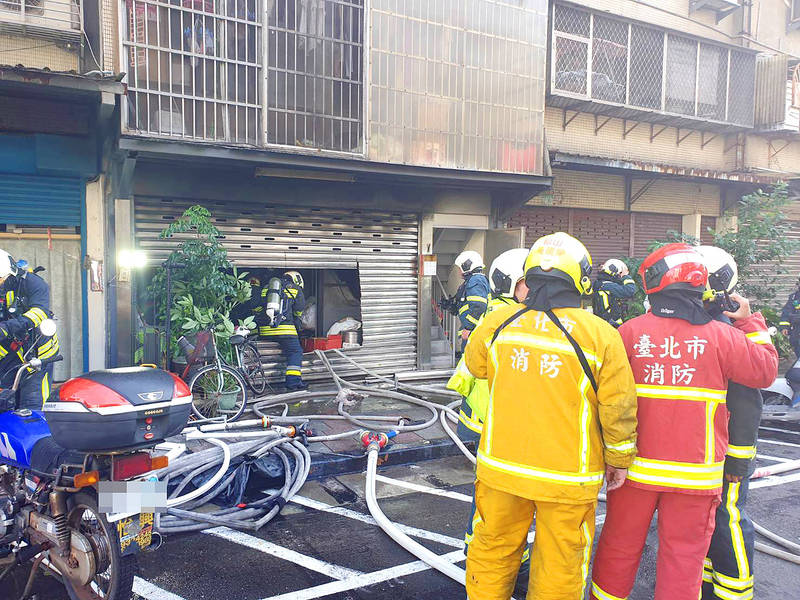 The Taipei Fire Department said that after a team broke into the house, three men were found in their beds, all of whom had burns and had inhaled smoke.

“No one else was found at the scene,” it said, adding that the fire could have been caused by overheading equipment, as burned wires were found.

The owners could also be punished for negligence under the Senior Citizens Welfare Act （老人福利法）, officials said.

A nearby resident who did not want to be named said the nursing home has been operational for one to two years, and the owner never talked to her neighbors.

Department of Social Welfare officials had visited the house once, but the owner refused to allow them inside and let a dog out to scare them, the resident said.

The owner, a 58-year-old woman surnamed Ting （丁）, was reportedly monitoring the building from a nearby coffee shop when she saw the flames and fled, but was later picked up by police and taken for questioning.

Taipei Deputy Mayor Vivian Huang （黃珊珊） said that the city would reach out to the families of the victims, and would hold the owner accountable, she said.