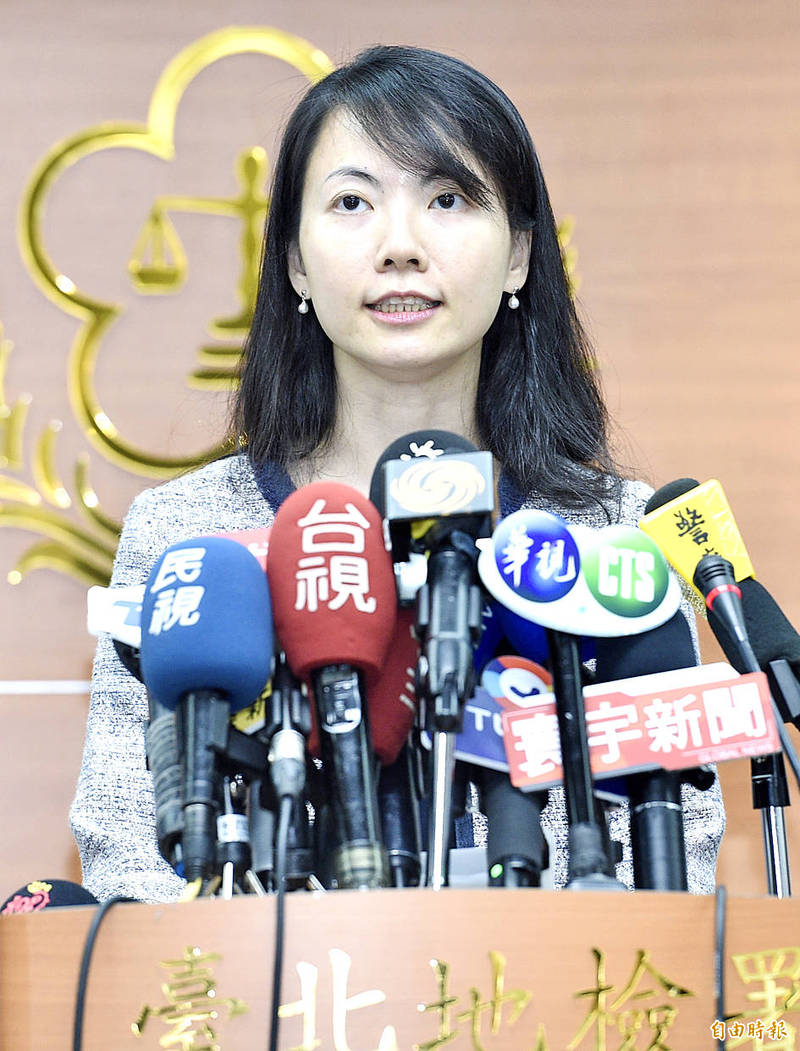 Deputy Chief Prosecutor Chen Yu-ping （陳玉萍） said that the five politicians allegedly conspired with wealthy conglomerates for personal profit, which had endangered the nation’s governance based on fairness and justice, and subverted the rules of ethical conduct for officials and civil bureaucrats.

“The cases also severely undermined the Constitution’s separation of powers between the branches of government, through the Legislative Yuan’s power to interfere with the Executive Yuan’s power and obstruct the power of the Judicial Yuan,” she said.

“They have resulted in political turmoil, and immense damage to our constitutional order and liberal democracy. Therefore, we have asked the court to mete out heavy punishment with the strongest sentences as a deterrent,” she added.

In their indictments, prosecutors said that Lee had made payments to the four lawmakers since 2013 to buy influence and help him regain ownership of Pacific SOGO, one of the most profitable department store chains in the nation.

Lee has been fighting with Far Eastern Group chairman Douglas Hsu （徐旭東） over Pacific SOGO’s ownership since the early 2000s.

At the heart of the issue is whether Far Eastern’s capital injection of NT$4.01 billion （US$137.53 million at the current exchange rate） into Pacific SOGO from 2002 to 2008 was legal and gave it ownership by making it the largest shareholder.

As elected representatives, the five had the responsibility to exercise their legislative power for the benefit of all citizens, to check the power of government authorities against individuals, and to avoid conflicts of interests, the prosecutors’ office said in a statement.

“However, Su and other legislators allegedly willingly engaged in corrupt activities from 2012 to the time of their arrest, taking bribes to sell their power as legislators, turning into servants of businessman Lee Heng-lung, while abusing their power as legislators to hold public hearings, and use negotiation sessions, budget reviews and legislators’ interpellation periods to intimidate and threaten government officials, to reach the decision desired by Lee Heng-lung,” the statement said.

Prosecutors suspect the bribes allegedly paid since 2013 were aimed at pressuring the Ministry of Economic Affairs to amend the Company Act’s （公司法） clauses on capital increases and make them retroactive so that Pacific Distribution Investment could maintain control of Pacific SOGO, after the Supreme Administrative Court ruled, in the final verdict in the case, that Far Eastern Group was the rightful owner.

Lee last year sold part of his shares in Pacific Distribution Investment to a new company so he could continue his battle under the new firm’s name.

Prosecutors have alleged that the quartet received money from Lee to pressure the ministry on his behalf.

The men responded by holding a round of public hearings in December last year to pressure the ministry to change the Company Act, they said.

Prosecutors said they believe that Kuo, who now runs a political consulting company, served as an intermediary for Lee in delivering the bribes, as well as bribes allegedly given to Chao in the other case.

As for independent Legislator Chao Cheng-yu （趙正宇）, the prosecutors’ office said he took bribes from two funeral service companies to pressure the Construction and Planning Agency to allow a cemetery to be built in a national park.

The agency did change the zoning of the land to make it available for private use.

During a raid of Chao’s home in Taoyuan’s Bade District （八德）, prosecutors found NT$9.2 million in cash in a bag, which is believed to be the bribe Kuo delivered to the lawmaker on behalf of the two firms.

A bail hearing for Chen, Sufin, Su and Chao at the Taipei District Court was ongoing as of press time last night.