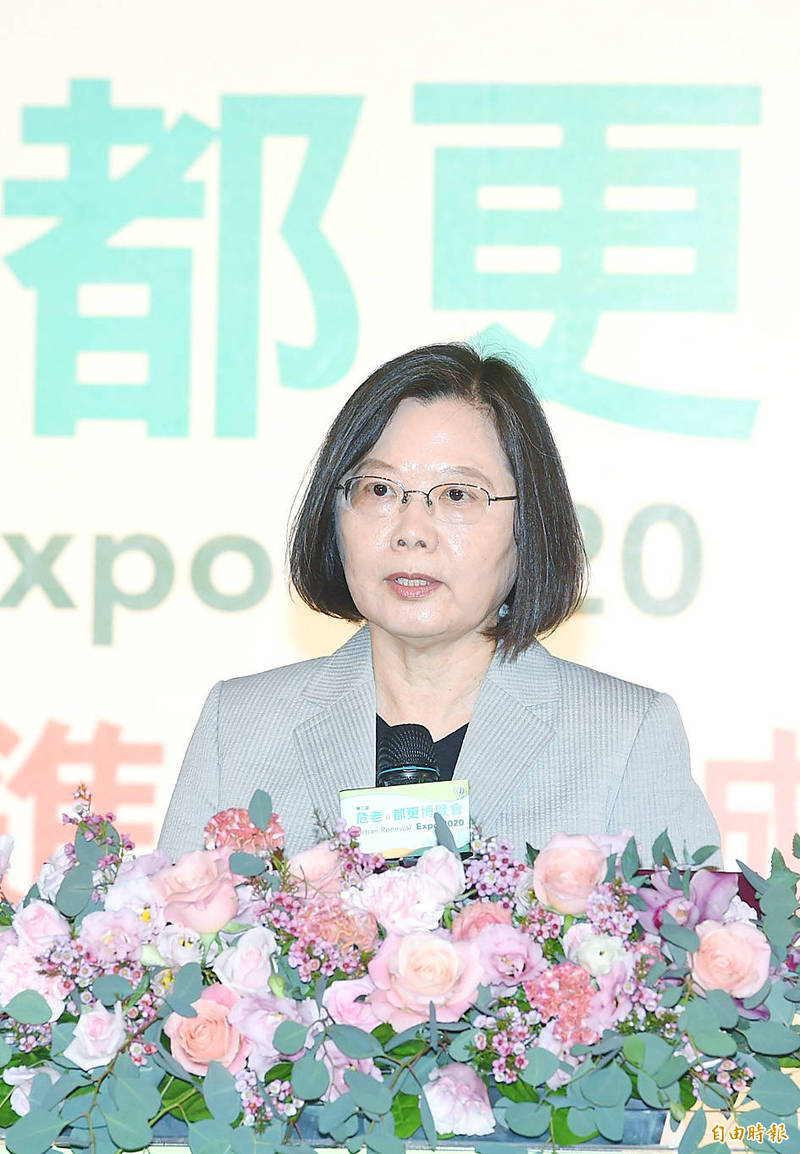 DEFENSE ONLY: After China’s recent incursions, Taiwan wants to prevent its pilots from doing anything to accidentally trigger a cross-strait war, a military source said

By Aaron Tu / Staff reporter, with CNA and Reuters

Chinese military aircraft approaching Taiwan over the past two days demonstrates that Beijing is a threat to the entire region, and has shown Taiwanese even more clearly the true nature of China’s government, President Tsai Ing-wen （蔡英文） said yesterday.

Multiple Chinese aircraft flew across the median line of the Taiwan Strait and into Taiwan’s air defense identification zone on Friday and Saturday. The Ministry of National Defense scrambled jets to intercept them.

Beijing on Friday announced combat drills near the Strait and denounced what it called collusion between the nation and the US.

The exercises took place while US Undersecretary of State for Economic Growth, Energy and the Environment Keith Krach was in Taipei. Krach is the most senior US Department of State official to visit the nation in four decades.

Tsai yesterday denounced China’s drills, saying that its activities where more than just a threat to Taiwan.

“I believe these activities are no help to China’s international image, and what is more have put Taiwan’s people even more on their guard, understanding even better the true nature of the Chinese communist regime,” she said.

“Additionally, other countries in the region also have a better understanding of the threat posed by China,” she said. “The Chinese communists must restrain themselves, and not provoke.”

Separately, a military source said that Taiwan would not make any provocative moves, but would reserve “the right to launch a defensive first strike” if Chinese forces attack.

In the past, a “first strike” had different definitions and interpretations within the military, sources said, adding that in light of the latest developments, the military earlier this month clearly defined it as “the right to launch a defensive first strike.”

Ministry spokesman Major General Shih Shun-wen （史順文） earlier this month said that in scenarios in which Taiwanese military jets are attacked, the Chinese People’s Liberation Army is preparing to invade Taiwan, or Chinese forces are determined as having made “a clear attacking move and threat,” the military would exercise “the right to launch a defensive first strike,” after the situation has been assessed and authorization has been given.

Due to the growing threat from China, the ministry has held a series of briefings at the Air Force Combat Command to ensure that Taiwan’s fighter jet pilots follow protocol for engaging enemy threats, a military source said.

The military does not know what China’s intentions behind the frequent incursions are, but Taiwan wants to prevent any actions by its pilots that might accidentally trigger a cross-strait war, the source said.

While Beijing has said that it would not strike first or fire the first shot in a potential cross-strait war, it has been ratcheting up its military coercion of Taiwan, the source said.

Taiwan would not fire the first shot, but it would exercise its right to defend itself and would “definitely fire back if fired upon,” the source said.

As per protocol, frontline personnel, following authorization, could proceed to “destroy” the enemy if the routine of “discover, identify, intercept and warning” fails to deter the enemy from advancing, sources said.

The five-day computer-aided war games segment of the annual Han Kuang exercises, which concluded on Friday, revealed that the military does not have enough long-range precision missiles to defend the nation effectively, a source said.

The military would continue to beef up its defense capabilities in that area, amid the growing threat from across the Strait, the source added.