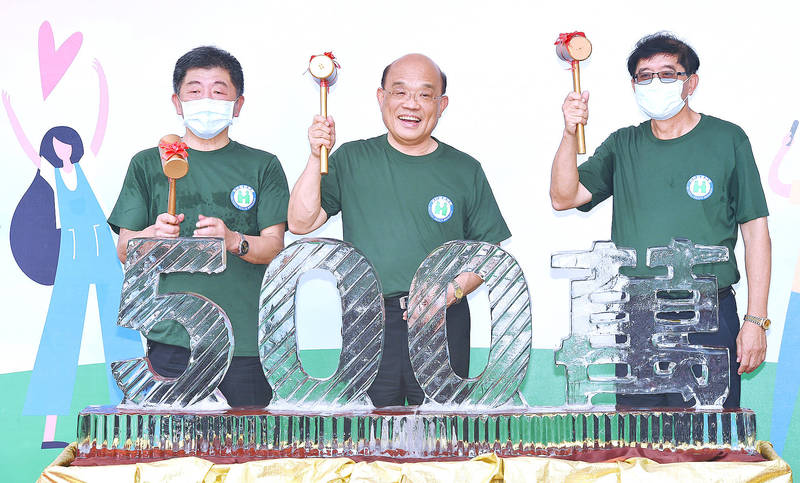 The case of a married Taiwanese couple who lived in the US for about 30 years, but returned to Taiwan in April and tested positive for COVID-19 has again sparked public debate over why Taiwanese living abroad are allowed to use NHI resources, — although the couple’s expenses were not covered by the NHI.

An often cited example is that of singer Huang An （黃安）, a Taiwanese singer based in China who returned to Taiwan in 2016 for heart surgery, which was covered by the NHI.

In 2016, Huang accused 16-year-old Chou Tzu-yu （周子瑜）, the Taiwanese member of the South Korean girl band TWICE, of supporting Taiwanese independence after she waved a Republic of China （ROC） flag on a South Korean TV show. The tip-off led to widespread criticism of Chou in China, which sparked public outrage at Huang in Taiwan.

Yesterday, Lee said that the NHIA plans to change the rules this year, and require overseas Taiwanese to pay the NHI premium for the period they were abroad if they wish to re-enroll in the system and be covered for local medical treatment.

Not many cases exist of overseas Taiwanese who did not pay premiums while abroad, but who returned to Taiwan, re-enrolled in NHI and were covered for treatment, Lee said, but those few have caused enough controversy to push the NHIA to discuss next month how the rules should be amended.

Private health insurance plans do not allow people to get insured when they are in urgent need of treatment, but existing NHI rules allow some overseas Taiwanese to immediately re-enroll upon their return, which is why the NHIA must discuss the issue, he added.

Separately yesterday, Minister of Health and Welfare Chen Shih-chung （陳時中） said that another problem is that many overseas Taiwanese have high salaries abroad, but because they do not have local income, they only have to pay the minimum NHI premium （NT$749 per month）.

The NHIA should consider whether the overseas salaries of those Taiwanese should be taken into account when their NHI premium is determined, Chen added.