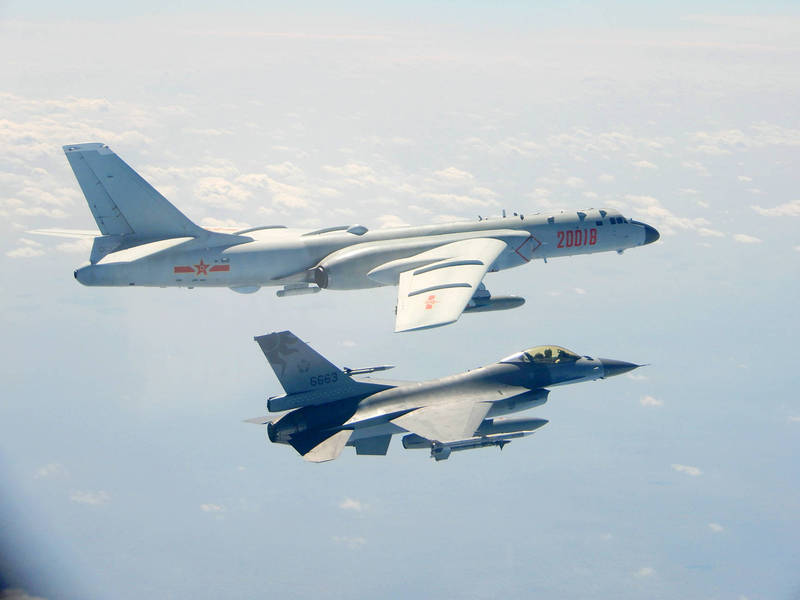 To help keep the public informed about China’s military maneuvers near Taiwan, the Ministry of National Defense yesterday launched a new page on its Web site that tracks the movements of the Chinese military near the nation’s air defense identification zone.

The ministry also detailed the the military’s response — deploying fighter jets, issuing radio warnings and monitoring the Chinese planes until they flew away.

The page shows that the military is changing its traditional approach by making public such intrusions.

Previously, the ministry would issue a news release, although it occasionally made public the flight charts and photographs of intruding Chinese military aircraft or vessels.

While it did not give a reason for the launch of the new page, it seemed to imply that it would continue to publicize similar intrusions.

Military experts believe that the ministry is learning from the Japan Self-Defense Force, which regularly makes public information on Chinese aircraft and vessels as they enter Japan’s air defense identification zone and waters.