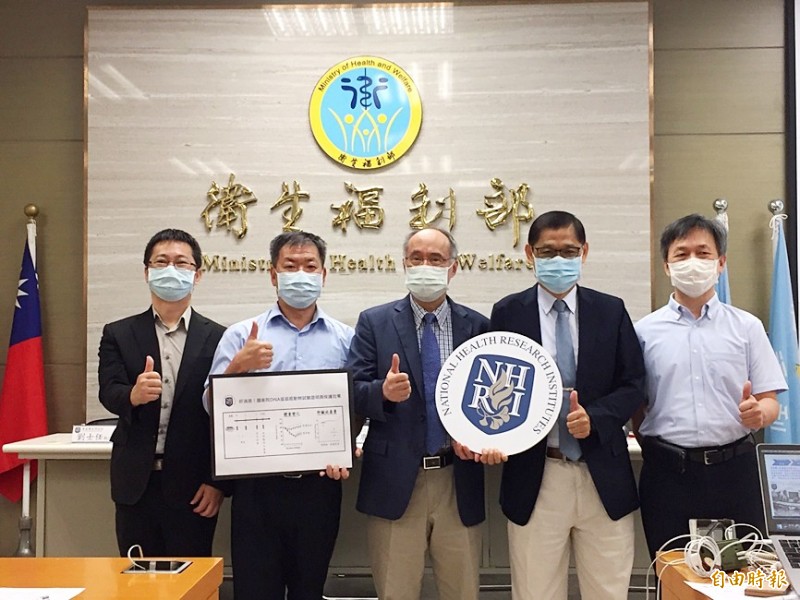 The National Health Research Institutes （NHRI） yesterday said that tests of its DNA vaccine against COVID-19 on hamsters was promising, with clinical trials likely to start later this year.

The institute on July 1 chose the DNA vaccine among its four vaccine development platforms as its main focus and started animal testing, Institute of Infectious Diseases and Vaccinology director Liao Ching-len （廖經倫） said.

“The vaccine has shown the effect of significantly reducing the viral load and decreasing the damage that the virus caused to the lungs” of hamsters, he said.

“With the DNA vaccine, we deliver genetic information [a plasmid containing the DNA sequence encoding the antigens against COVID-19] into the human body, and when it enters the cells, the cells produce spike proteins,” Liao said.

He said it is similar to the actual situation of when someone is infected by the virus, stimulating the body’s immune response.

In animal testing, the vaccine successfully stimulated the production of neutralizing antibodies, blocking the viral infection, he said.

He said the research team was “amazed” at the results of animal testing.

“We hope the experiments can proceed to the first phase of a clinical trial in the fourth quarter this year, finish the third phase of the clinical trial by the third quarter next year, and hit the market as soon as possible,” he said.