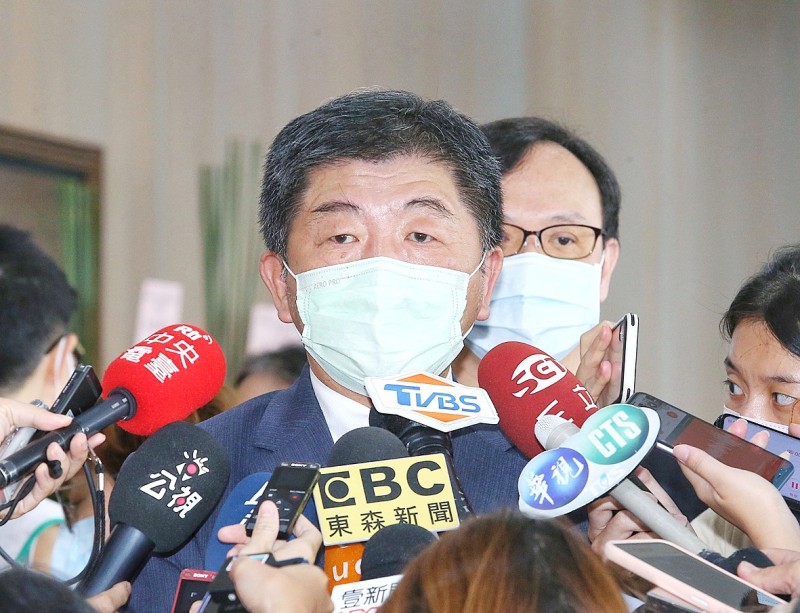 The visitors are a delegation of Japanese parliamentarians led by former Japanese prime minister Yoshiro Mori to pay their respects to late president Lee Teng-hui （李登輝） at a memorial in Taipei today; a delegation led by US Secretary of Health and Human Services Alex Azar to exchange ideas on disease prevention, also today; and a delegation led by Czech Senate President Milos Vystrcil later this month.

Ministry of Foreign Affairs officials and Minister of Health and Welfare Chen Shih-chung （陳時中）, who also heads the Central Epidemic Command Center （CECC）, told Su in a briefing that disease prevention measures for the delegations are to be handled as special diplomatic cases.

The members of the US delegation need to provide Taiwanese authorities a negative result for COVID-19 from a polymerase chain reaction （PCR） test conducted within three days of their departure, and must be tested again upon arriving in Taiwan. They would also be traveling as a group and staying on a designated floor of a quarantine hotel, where they would use a separate elevator.

The Japanese delegation would need to provide negative results for COVID-19 from a PCR test conducted within two days of boarding their airplane, maintain proper social distancing, wear masks at all times, and travel with designated drivers and vehicles during their one-day visit.

Before their trip, members of the Czech delegation are to undergo a two-week quarantine and present two negative test results for COVID-19, Vystrcil has said.

Foreign delegations that visit during the COVID-19 pandemic cannot have close contact with members of the public in Taiwan, so people do not need to be concerned, Executive Yuan spokesman Ting Yi-ming （丁怡銘） said.

The couple are in their 60s and have worked in the Philippines for many years, said Centers for Disease Control Deputy Director-General Chuang Jen-hsiang （莊人祥）, the CECC spokesperson.

The husband （case No. 478） experienced a fever, muscle pain and a runny nose on July 23, while the wife （case No. 479） experienced an itchy throat and a cough on Monday, he said, adding that they took medicine to relieve the symptoms, but did not visit a doctor.

Returning on the same flight on Thursday, they reported their symptoms to airport quarantine officers, were taken to a centralized quarantine facility after being tested for COVID-19 and are now hospitalized for treatment after the test results came back positive, he said.

Fourteen passengers who sat near the couple on the plane were placed in home isolation, while the five crew members wore protective gear on the flight, so they were asked to practice self-health management, Chuang said.

Of the nation’s 479 confirmed cases, 26 infected people are being treated in hospitals, he added.

Chuang was asked whether the CECC has traced who a Taiwanese woman had contact with locally before she flew to Hong Kong and was confirmed to have COVID-19 on Tuesday.

On Thursday, the CECC reported that the woman is in her 50s and tested negative when arriving in Hong Kong on Monday last week.

However, she left the quarantine hotel, was intercepted at the airport and retested, with the results confirmed to be positive on Tuesday, it said, adding that she had arrived in Taiwan on June 20 and stayed in the north.

Thirty-five people who had direct contact with the woman have been identified and five of them have been tested, Chuang said yesterday, adding that the trace investigation is ongoing.

Although the woman took public transportation, she said she has forgotten where, so the center used her mobile phone data to confirm where she went, he said, adding that it must also confirm whether she wore a mask.

The woman experienced symptoms after being hospitalized on Tuesday, so the infection risk that she posed in Taiwan was very low, but contact tracing is being conducted to find the source of the infection, Chuang said.