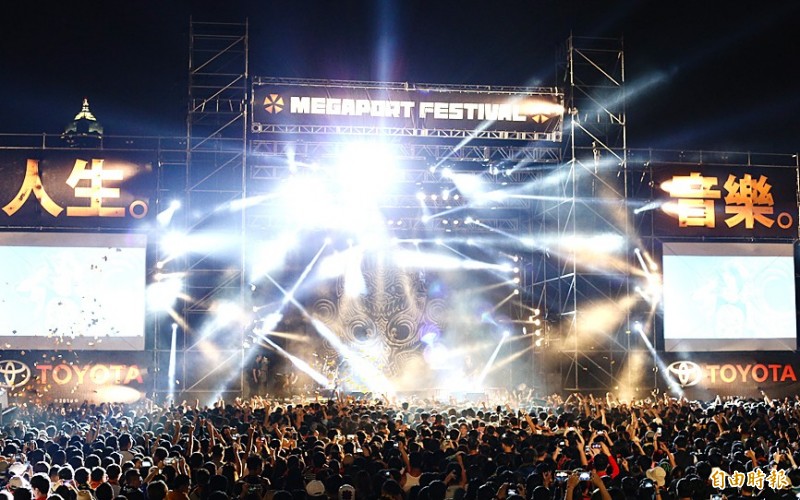 An announcement that the Megaport Music Festival has been rescheduled for some time next year has been met with great enthusiasm from fans, musicians and the Kaohsiung Bureau of Cultural Affairs.

The festival was canceled this year after the organizers said that the Kaohsiung City Government, under then-Kaohsiung mayor Han Kuo-yu （韓國瑜）, was allegedly “unfriendly and obviously unsupportive.”

Fan support has been the greatest motivator in reorganizing the event for next year, the organizers said, adding that most planning committee members had considered not holding the event for a few years.

“However, over the past year, we were truly touched by the fans’ support of the event and we have decided to return,” the committee said.

The organizers have had a rough time this past year, Chthonic band spokeswoman and bass player Doris Yeh （葉湘怡） said, adding that she hopes that rescheduling the event for next year would succeed.

The bureau said that it is always supportive of pop music, and always happy to see music events of every style held in Kaohsiung.

FireEx thanked the organizers’ efforts, saying that it understands the difficulty of the decision and hopes to be back on the festival stage next year.

Taiwanese rapper Dwagie （大支） said he was “moved” by the decision and said he hopes the organizers would invite him to the event.