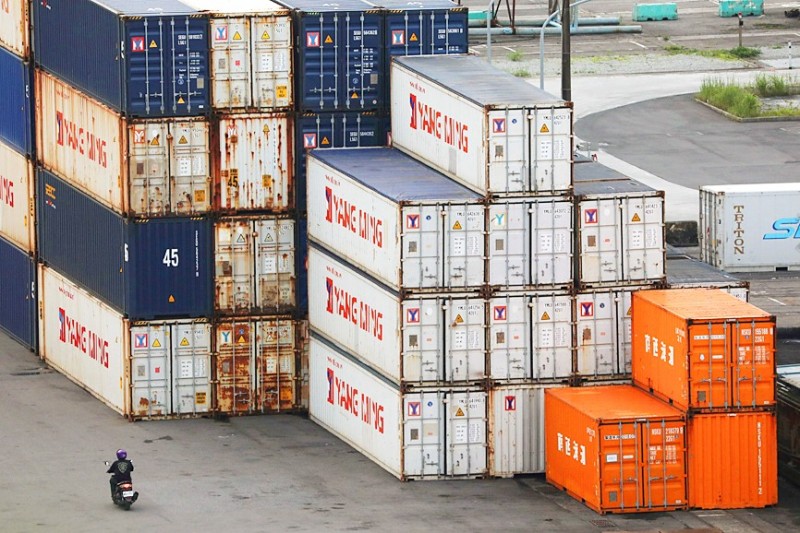 Taiwan’s exports last month rose 0.4 percent from a year earlier to US$28.2 billion, ending four months of declines, thanks to robust demand for electronics used in remote working and distance learning as COVID-19 infections spiked abroad, the Ministry of Finance said yesterday.

The pickup was a pleasant surprise, as the ministry last month bet on a year-on-year retreat of 1.5 to 4 percent.

“Semiconductors as well as information and communications products continued to benefit from 5G deployment and demand for laptops, desktops, tablets and TVs,” Department of Statistics Director-General Beatrice Tsai （蔡美娜） told a news conference in Taipei.

Shipments of electronic components expanded 15.5 percent to US$10.98 billion, advancing by a double-digit percentage for the eighth month in a row, Tsai said.

Easing declines in the prices of raw materials, base metals and other non-tech products helped push overall exports into expansion mode, although they remained significantly cheaper from price levels a year earlier, Tsai said.

The pickup in exports is likely an isolated episode, as this critical economic barometer might falter again, with a retreat of 0.5 to 2.5 percent this month and beyond, Tsai said.

Export volume might improve quarter by quarter in the second half of this year on the back of the peak season, but would have difficulty beating last year’s results, Tsai said.

“That is because the ongoing COVID-19 pandemic and revived US-China trade tensions generate severe uncertainty,” Tsai said, adding that major technology firms have provided cautious guidance for this quarter and shy away from comments for next quarter due to poor order visibility.

Shipments to China expanded 12.7 percent, while those to the US gained 7.8 percent, the report said.

Exports to Europe, Japan and ASEAN markets have not picked up, but the pace of decline tapered off, Tsai said.

Imports weakened 6.8 percent to US$22.83 billion, allowing Taiwan to keep a trade surplus of US$5.37 billion, a 48.8 percent bump year-on-year, the report said.

“It is safe to say that the worst [economic fallout] of the virus outbreak is over for Taiwan, with a high degree of uncertainty globally,” she said.

In the first seven months, exports managed a mild 0.5 percent gain to US$182.62 billion, whereas imports slipped 1.3 percent to US$159.49 billion, the ministry said.

“Non-tech products will continue to drag down overall shipments for the rest of the year, despite stabilized prices,” Tsai said.