《TAIPEI TIMES》 Examination Yuan at odds with self 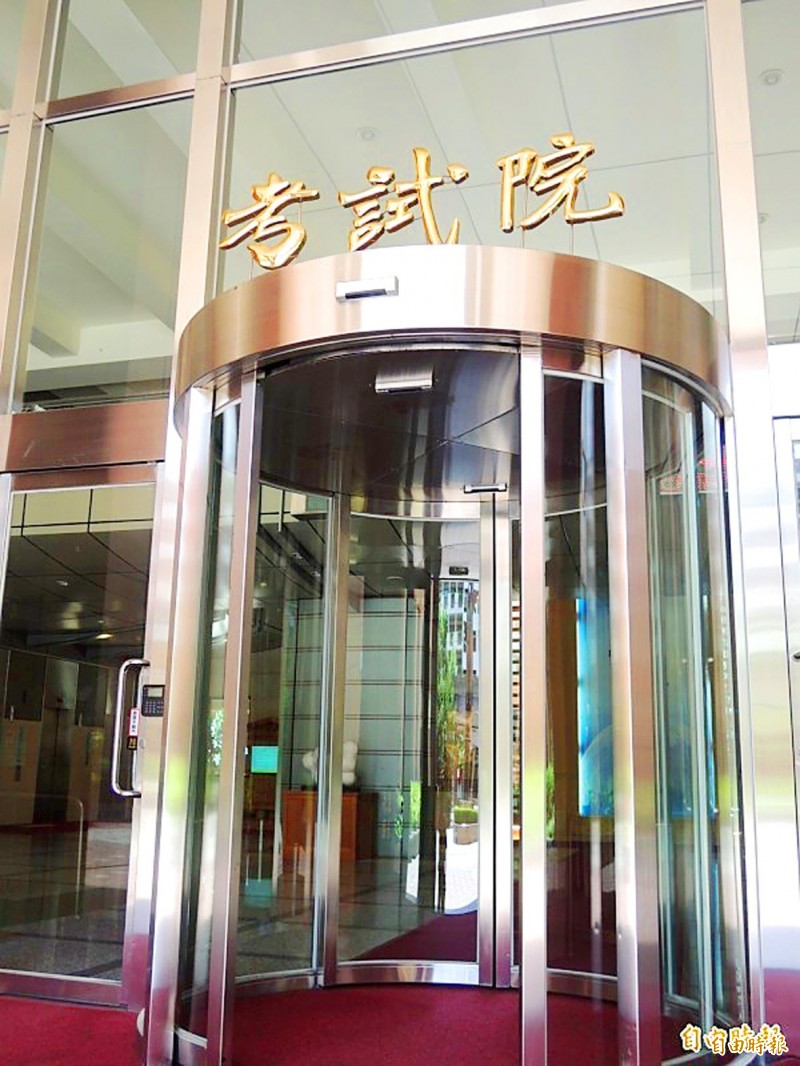 The main entrance of the Examination Yuan is pictured in an undated photograph. Photo: Yang Mien-chieh, Taipei Times

RIFT: Incumbent and newly appointed members of the Examination Yuan panned its release of a statement defending itself and calling for support against its abolition

Amid calls for its abolition, the Examination Yuan yesterday issued a statement urging people to respect its constitutionally ordained right to independently oversee the national examinations of civil servants — but the move drew flak from several incumbent and newly appointed members.

Many lawmakers across party lines have renewed their calls to abolish the Examination Yuan and the Control Yuan — two of the five branches of government — when the Presidential Office nominated new members for the two bodies.

During the Legislative Yuan’s review last month of nominees for the Examination Yuan, Huang said that he was prepared to be its last president.

Abolishing the Examination Yuan, or attempting to undermine the independence of the power of examination, will result in officials being appointed not because of ability, but because of personal preferences, trampling on the rights of the disadvantaged, setting back government efficiency and damaging administrative neutrality, the Examination Yuan said in a statement.

Since the first examination was conducted in 1950, national exams have been held as the standard for the recruitment of civil servants, evidence that the public agrees with Article 85 of the Constitution, which states: “The selection of civil servants should be based on the results of open competition via an examination system,” it said.

The policy of selecting talent via public examinations guarantees the rights of the disadvantaged and allows ease of transition for people from different social strata, it said.

The Examination Yuan’s efforts to ensure fair competition for civil servant positions have resulted in the abolition of laws and regulations that would otherwise allow people to become civil servants without passing the examinations, it said.

Allowing government agencies to simultaneously hire contract-based employees and those who passed national examinations would not only push personnel costs beyond the currently projected 8 percent, but also severely dampen morale for those who took and passed the national exams, it said.

Should the Examination Yuan be abolished and the Executive Yuan insist that it has control over all executive matters — including the right to appoint officials — it would undermine guarantees of non-partisanship for civil servants as stipulated in Article 18 of the Constitution and sow the seeds of doubt among the public regarding government neutrality, the statement read.

Examination Yuan members should state their own opinions as individuals, instead of issing a collective statement under the agency’s name, they said.

As to whether the government should be composed of three or five branches, the Legislative Yuan has the right to propose constitutional amendments, they added.

The argument for the independence of the power of examination is weak, as Taiwan is the only democratic nation in the world that has a five-branch system of government, they said.