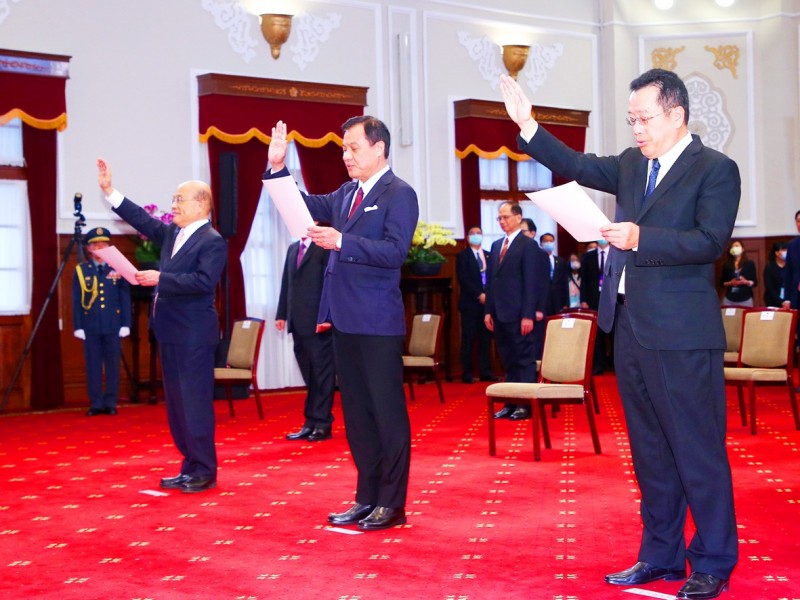 BRIBERY CASE: President Tsai Ing-wen accepted Su Jia-chyuan’s resignation as he said that he deeply regretted causing trouble for the president due to the investigation

“I resigned from the post so that President Tsai Ing-wen （蔡英文） would not be bothered by it anymore, and the prosecutors can investigate the case in a fair and just manner. I thank President Tsai once again for supporting me. May the country continue to prosper under her leadership,” Su Jia-chyuan said in a statement.

The former Legislative Yuan speaker assumed the post at the Presidential Office when Tsai started her second term on May 20.

“I have been doing my job as a chief of staff at the Presidential Office with fear and trembling with the hope of sharing the burden borne by the president. However, all the mudslinging campaigns against me, as well as the scandal that involves my nephew, have caused trouble for the president. For this I am deeply sorry,” Su Jia-chyuan said in the statement.

He said that he has never “crossed the line” in his 30-year-long political career and has nothing to hide, adding that he and his wife have never been investigated or indicted in any corruption cases.

He also said that he would not accept an unsubstantiated and twisted allegation that he has abused his authority to benefit his relatives, adding that he would vigorously defend his innocence.

Taipei prosecutors on Saturday filed a motion to detain Su Chen-ching, along with four other former and incumbent lawmakers as part of an investigation into bribery allegations against six current and former legislators and their aides.

The court hearing on whether to grant the prosecutors’ request to detain them was ongoing as of press time last night.

The DPP’s anti-corruption committee convened a meeting at 8pm to discuss the penalties for Su Chen-ching and former legislator Mark Chen （陳唐山）, who has also been implicated in the case and was released on NT$500,000 bail early on Saturday.

Based on the party’s anti-corruption guidelines, the committee would first investigate the charges against the two, and each would be given an opportunity to tell their side of the story.

The guidelines also stipulate that the committee can still make a decision even if it does not hear from Su Chen-ching, as long as half of the committee members are present.

“The case has entered legal proceedings. We hope that judicial institutions can quickly clarify the details so justice can be served,” the DPP said.

Political insiders in Pingtung County have said that Su Chen-ching, who has been a legislator since 2008, has been aggressively setting up his campaign to run for county commissioner in 2022.

His implication in the corruption scandal could severely disrupt his plan, they said.