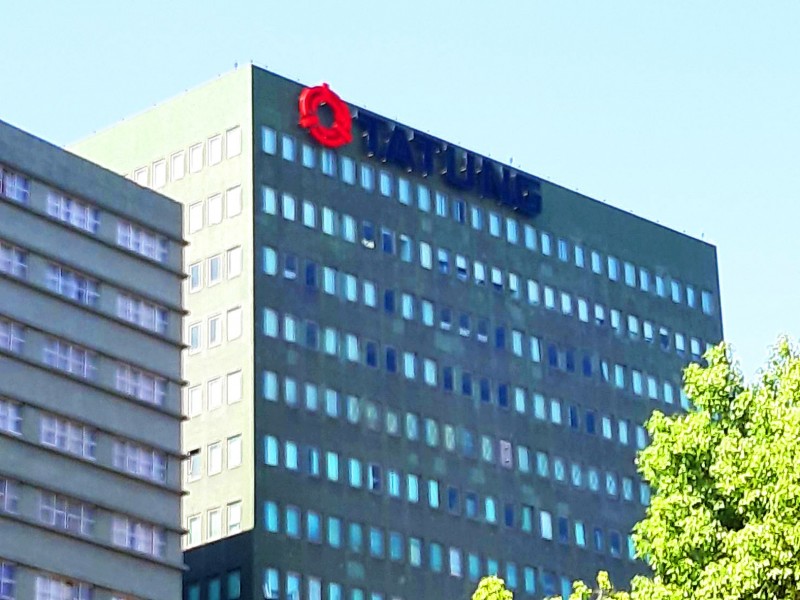 A SEVERE BREACH: The company must assign a third party, such as a securities firm, to handle its shareholder services, the Securities and Futures Bureau said

In the next two months, the company must assign a third party, such as a securities firm, to handle the company’s shareholder services, Securities and Futures Bureau Deputy Director-General Tsai Li-ling （蔡麗玲） told a news conference in New Taipei City.

The commission’s move came amid market speculation that the 102-year-old company could continue conducting its own shareholder services and likely block some shareholders from voting again when it is soon required to hold a new shareholders’ meeting.

Tatung could apply and still submit the shareholder list to the Taiwan Depository and Clearing Corp （TDCC, 台灣集中保管結算所）, but the company would have no say on holding the shareholders’ meetings, Tsai said.

“We believe that an agent for shareholder services, usually a professional securities firm, would not dare deprive shareholders of their voting rights,” she said.

Tatung could not refuse their request, and if the company delays in finding an agent, the TDCC would intervene and help the company promptly find an agent, she said.

The minority shareholders, led by activist shareholder Lin Hung-hsin （林宏信）, have applied to the ministry to hold a meeting on their own in line with Article 173, Section 4 of the Company Act （公司法）, while another group headed by Shanyuan Group （三圓建設） chairman Wang Kuang-hsiang （王光祥） plans to apply this week.

As the commission no longer allows public companies listed after 2003 to handle their shareholder services, the bar on Tatung would not be lifted, Tsai said.

Separately yesterday, the FSC urged investors not to invest on eToro, a foreign trading platform for stocks, futures, foreign exchange and other derivatives, because there is no customer protection mechanism as the firm is not regulated by a government, Tsai said.

The trading platform, set up by eToro Group Ltd, contravened the Securities and Futures Act （證券交易法） by using Chinese-language advertisements to attract local clients, despite not having registered domestically or gained FSC approval, she said.

The commission has reported eToro’s offenses to prosecutors, but cannot demand that the firm take down the advertising, as it is not regulated by the FSC, Tsai said.