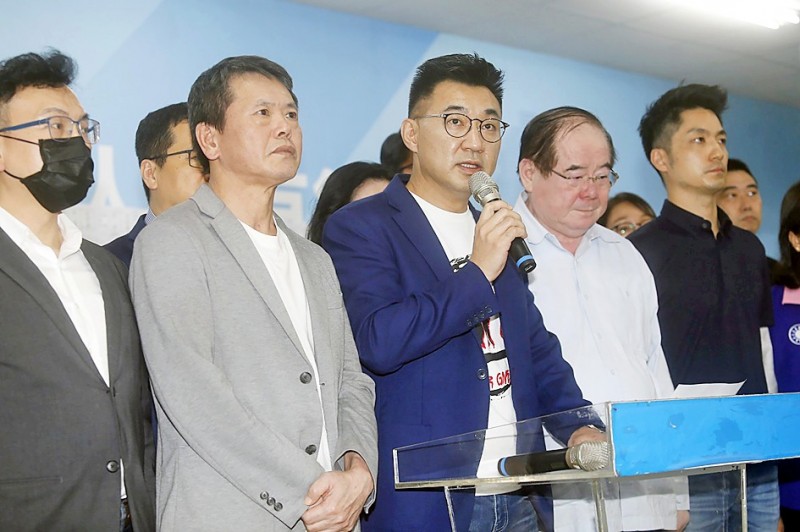 The Executive Yuan said that it would designate an acting mayor for Kaohsiung next week after Kaohsiung Mayor Han Kuo-yu （韓國瑜） was recalled in a vote yesterday.

Han has said he accepts the result of the recall election.

According to Article 91 of the Civil Servants Election and Recall Act （公職人員選舉罷免法）, the Central Election Commission （CEC） should announce the results of the recall vote within seven days of it being held.

There are more than two years until the next local elections.

However, according to the act, a mayoral by-election must be held within three months of the CEC’s announcement of the recall result, putting the by-election date on Sept. 12 at the latest.

Ting quoted Premier Su Tseng-chang （蘇貞昌） as saying that all the people who cast their votes are on the same boat regardless of whether they voted for or against recalling Han.

What matters most is that everyone should show unity when developing Kaohsiung, which would be in the interests of city residents, Ting quoted Su as saying.

The outcome of every vote is the most current manifestation of the public’s political will, she said, adding that every politician in the nation should be humbled by the outcome.

KMT Chairman Johnny Chiang （江啟臣） said that he “respected the outcome of the recall vote,” but denounced the DPP for allegedly manipulating the vote, adding that it would affect the development of Taiwan’s democracy.

Speaking at the KMT’s Kaohsiung office, Chiang expressed thanks for Kaohsiung residents’ past support for the KMT, but said he regretted that the party did not live up to city residents’ expectations.

The KMT would take responsibility for its failures in the city, and would work harder to meet residents’ hopes and demands, he said, adding that Han and other party members would meet to prepare for the by-election “and win back the city’s trust.”

The New Power Party on Facebook called the recall vote a “victory for Taiwan’s democracy.”

The outcome reaffirmed that in a democratic nation, citizens are the masters and politicians must humbly serve the people, it wrote, adding that it would continue to supervise politicians in Kaohsiung.

The Taiwan People’s Party （TPP） said in a statement that “the recall process — from the petition to the outcome of the vote — has written a new page in the history of the autonomy of regional politics in Taiwan.”

The result demonstrated that the public did not need to wait for four years to express their political will, it wrote, adding that politicians need to hold themselves to a higher standard to win the public’s support.

Kaohsiung still faces problems, such as low wages and a loss of industry, which neither the DPP nor the KMT have been able to solve, it said.

The TPP said that it has the responsibility to provide an option to voters other than the pan-blue and pan-green camps.

《TAIPEI TIMES》Taiwan in Time: ‘Confusion an…

《TAIPEI TIMES》Taitung to take over Miramar …