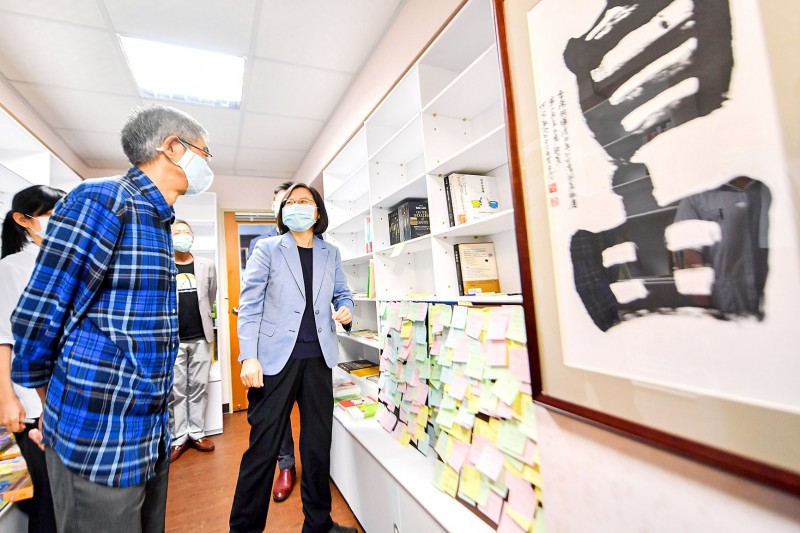 Lawmakers across party lines yesterday issued a joint statement to “sternly condemn” China’s national security legislation for Hong Kong, while asserting their support for Hong Kongers in their pursuit of freedom and democracy.

The statement was signed by the Democratic Progressive Party （DPP）, the Chinese Nationalist Party （KMT）, the Taiwan People’s Party and the New Power Party caucuses, and was read by Legislative Speaker You Si-kun （游錫?） during a plenary session at the Legislative Yuan in Taipei.

The legislation was passed by China’s National People’s Congress on Thursday, bypassing review by the Hong Kong Legislative Council, exacerbating the situation in Hong Kong and posing a threat to the freedoms and safety of Hong Kongers, the statement reads.

It disregards the Chinese Communist Party’s （CCP） promise to allow Hong Kongers a high level of autonomy until 2047, it reads.

The situation worries legislators across party lines, who have united to sternly condemn Beijing’s actions, it reads.

The caucuses stand with Hong Kongers in their quest for universal suffrage allowing them to directly elect the territory’s chief executive and legislative council members, it reads.

They would support any communication channels established by Hong Kong residents to facilitate dialogue to restore order and attain sustainable economic growth in the territory, it reads.

Taiwan would, on existing mechanisms and the condition that its security can be upheld, provide humanitarian assistance to Hong Kongers whose freedoms and safety have come under threat, it reads.

The Legislative Yuan will closely watch developments in Hong Kong and, in the spirit of the Constitution, ask the Mainland Affairs Council to render a quarterly report on the special status conferred on Hong Kong to evaluate the territory’s autonomy in politics, economic activities and public issues, it reads.

The Legislative Yuan would review provisions of the Act Governing Relations with Hong Kong and Macau （香港澳門關係條例） if there are any changes of concern in Hong Kong society and ensure that agencies observe the act, it reads.

The Executive Yuan should diligently carry out a proposed action plan to provide Hong Kong residents with humanitarian assistance, and help those who have been persecuted in their pursuit of democracy and freedom, it reads.

Separately, independent Legislator Freddy Lim （林昶佐） announced the launch of the Taiwan Parliament Group for Hong Kong （台灣國會友好香港連線）, which 48 lawmakers from across party lines have joined.

A ceremony in Taipei was attended by Taiwan Association for Human Rights secretary-general Shih Yi-hsiang （施逸翔） and Hong Kong Outlanders chairman Kuma Yung, as well as members of the Judicial Reform Foundation and the Business and Professionals Alliance for Hong Kong.

In the spirit of the joint statement, the group would support Hong Kongers by collaborating with the international community to fight against the despotism of the CCP, said Lim, who heads the group.

Tsai thanked him for his work to support human rights and freedom in Hong Kong, and said her administration has set up a task force to assist people in Hong Kong whose security and freedom are at risk due to political factors.

Lam thanked the president and Taiwanese for their support of Hong Kong.

Legislative Speaker You Si-kun reads a statement by lawmakers from across party lines at the Legislative Yuan in Taipei yesterday. Photo: Chien Jung-fong, Taipei Times