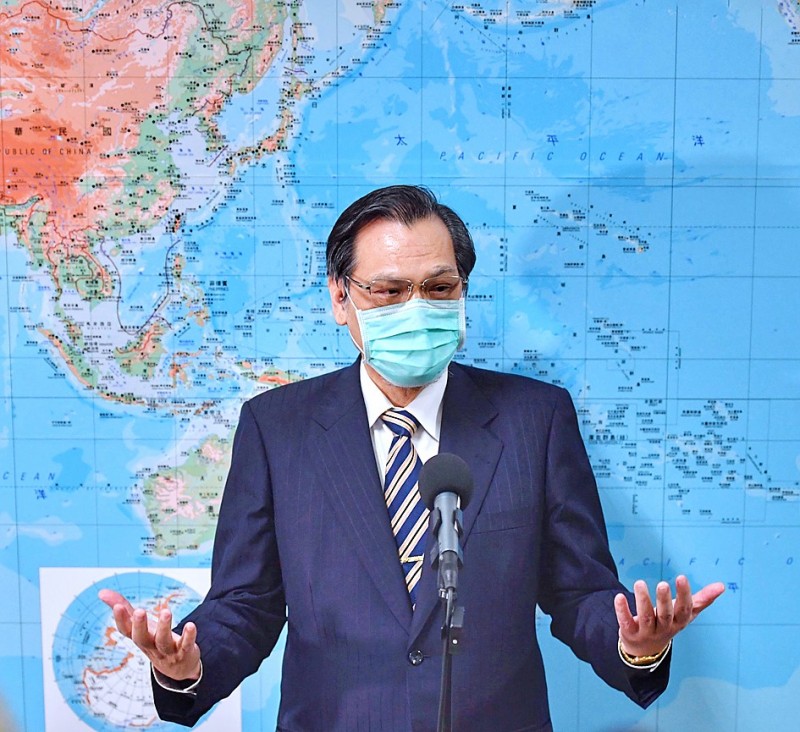 MAC ATTACK: The council condemned Beijing’s passage of a ‘malignant’ bill that disregards the will of Hong Kongers, and damages freedom and the rule of law

“Taiwan will not sit by and watch democracy, freedom and human rights be degraded in Hong Kong,” and the Cabinet has plans to offer humanitarian assistance to Hong Kongers, President Tsai Ing-wen （蔡英文） said yesterday after China’s National People’s Congress passed national security legislation for the territory.

All Taiwanese — regardless of their political affiliation and whether they are in the government or private sector — have united to back Hong Kongers as well as the universal value of democracy, Tsai wrote on Facebook in Chinese.

“Taiwan has the responsibility to work with partners of the global democracy alliance to support Hong Kong and its people,” she wrote.

The Mainland Affairs Council （MAC） issued a statement condemning the passage of the “malignant” legislation, saying that the move represented a blatant disregard for the will of Hong Kongers and has seriously damaged the freedom, democracy and rule of law of the territory.

A government-led, budgeted action plan is to feature interdepartmental efforts streamlined by the council and private-public collaborations, and coordinated by a state-sponsored legal person, Chen told reporters at the Legislative Yuan in Taipei.

With applications by Hong Kong residents seeking to immigrate to Taiwan rising, Tsai and Premier Su Tseng-chang （蘇貞昌） have said that the plan would mainly address settlement and well-being, Chen said.

At a question-and-answer session with lawmakers, Chen was asked by Democratic Progressive Party （DPP） Legislator Wang Mei-hui （王美惠） whether Article 60 of the Act Governing Relations with Hong Kong and Macau （香港澳門關係條例） would be invoked, which would suspend the entire act.

When and to what extent the article would be invoked depends on the implications of the legislation that Beijing has imposed on the territory, Chen said.

If the Hong Kong government has been compromised to the extent that it simply carries out Beijing’s wishes, that would be a threat to Taiwan’s national security and Taipei would no longer recognize it as a standalone “territory,” he said.

Article 18, which stipulates that the government can assist Hong Kongers whose freedoms and safety have been threatened for political reasons, would be invoked to deal with immigration applications, he said, adding that the two articles enable the government to have a “dual track” system for Hong Kong affairs.

Wang asked if the plan would be ready in a month, to which Chen replied: “Too late.”

Asked by Wang whether it would be ready in a week, Chen said that the council would do its best to complete it in that time.

Asked by Chinese Nationalist Party （KMT） Legislator Yeh Yu-lan （葉毓蘭） whether the council would sponsor a refugee bill to deal with Hong Kong residents wanting to move to Taiwan, Chen said that the act would suffice.

Chen said that Hong Kong applicants should not be referred to as “refugees,” saying that it is a disparaging term not in the act.

Taiwan Statebuilding Party Legislator Chen Po-wei （陳柏惟） asked Chen Ming-tong how the council would act in the hypothetical cases of a Hong Kong police officer accused of assaulting protesters in the territory or the owner of a company sponsored by Beijing wanting to move to Taiwan.

The minister said that Taiwan’s security organs would take appropriate action in such scenarios.

The government should carefully check the background of every applicant from Hong Kong, and only accept those who champion freedom and democracy, and their history should not be assumed amid a rise in the number of arrivals from the territory, Chen Po-wei said, citing Tsai, who on Wednesday said that the number who moved to the nation over the past year rose by 41 percent.

The council and the National Immigration Agency should contemplate whether the investment threshold for immigrants of NT$6 million （US$199,700） should be retained or lowered, and consider whether to approve Hong Kong residents born after 1997, he said.