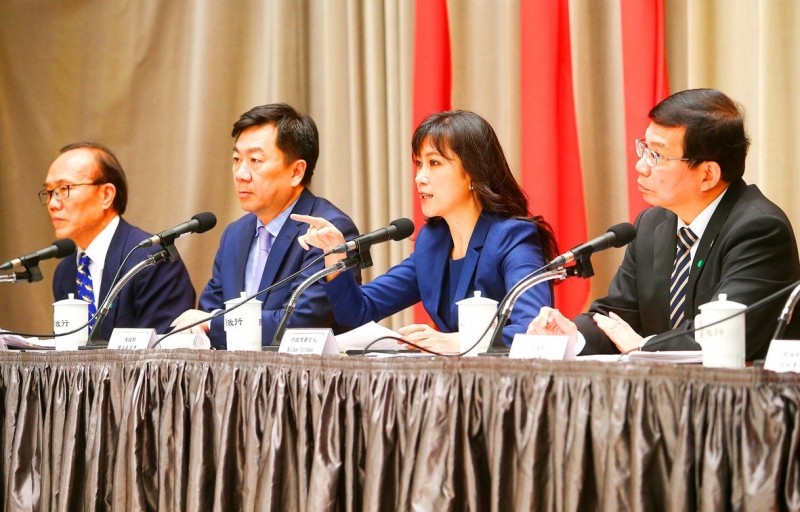 The Straits Exchange Foundation yesterday announced a third set of flights to evacuate 440 Taiwanese from China’s Hubei Province due to the COVID-19 pandemic.

The flights, operated by China Airlines Ltd （中華航空） according to its normal schedule, are on Sunday and Monday next week.

The aircraft has a capacity of 358 passengers, but each would only carry 220 to ensure a proper distance is maintained between those onboard, it said.

Within hours of the foundation starting to accept requests to book seats on the two flights, they had been overbooked, Deputy Minister of the Interior Chen Tsung-yen （陳宗彥） said.

As in the two previous rounds of evacuations — which used charter flights — all passengers would be required to wear a mask and protective clothing, he said.

Prior to boarding, passengers would have their temperature checked by medical personnel, Centers for Disease Control （CDC） Deputy Director-General Chuang Jen-hsiang （莊人祥） told a news conference at the Executive Yuan in Taipei.

After arriving in Taiwan, they would be sent to a designated quarantine facility for 14 days and tested for COVID-19 within 48 hours, he said.

As there are at least 1,000 Taiwanese stranded in Hubei, the Ministry of the Interior would decide whether to employ more regular flights to repatriate them after reviewing the efficacy of the model, Chen said.

Taiwanese who have been in Hubei since the pandemic started would not be allowed to book flights home on their own, he said.

Asked whether the Chinese spouses and children of Taiwanese would be excluded from the flights as they were in the previous evacuations, Chen said that had not yet been decided.

Chen said that with the exception of Wuhan, the lockdown of Hubei Province has been lifted, but he did not give any recommendations on how people in the province should travel to Shanghai to take the flights.

The upcoming flights are the result of intensive discussions, presided over by Vice Premier Chen Chi-mai （陳其邁）, on Tuesday and Wednesday between officials from the foundation, the CDC, the Mainland Affairs Council, the National Security Council and the Civil Aeronautics Administration, Executive Yuan spokeswoman Kolas Yotaka said.

Asked whether Taiwan would send direct flights to Wuhan, the original epicenter of the outbreak, to evacuate Taiwanese, Kolas said that the government would determine which model would best accomplish its overarching goal of meeting the high disease-prevention standards of the “Taiwan model,” as well as which method is most efficient.

The foundation and the Mainland Affairs Council would continue negotiating with Chinese authorities over any future flights, she added.