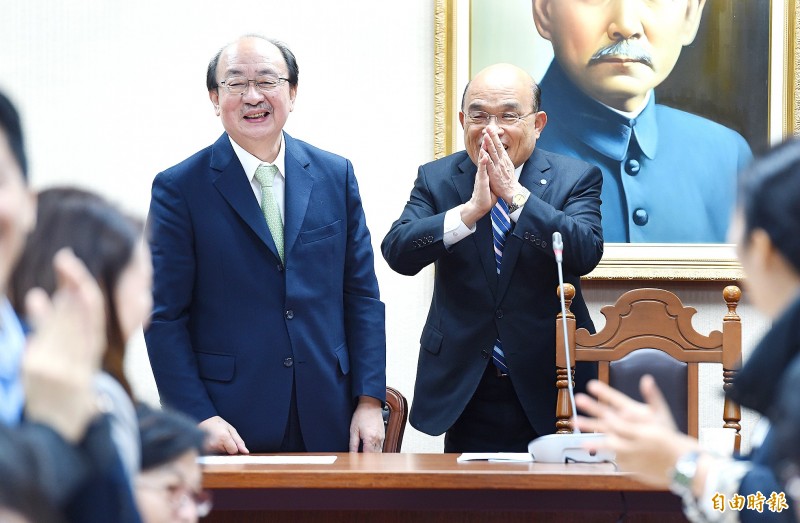 RECOVERY: Premier Su Tseng-chang said the special budget is to be unveiled within a week and hopefully the bill would pass in time to tide over hard-hit sectors

The Executive Yuan yesterday unveiled a special bill for COVID-19 prevention, relief and recovery that includes a proposed maximum fine of NT$1 million （US$33,053） for people who break their quarantine.

Firms that voluntarily pay quarantined employees, or employees who take leave to care for children under quarantine, would benefit from a break in “profit-seeking enterprise income tax” of up to twice the salary payout, it states.

People who are furloughed after being placed under government-designated quarantine or home quarantine may request compensation from health authorities within two years, it states.

Government agencies, schools and companies may not rule that an employee under quarantine, or taking care of family members under quarantine, is absent without leave, force them to file for leave, or cancel their attendance bonus or deduct days off that they have earned, it states.

Employers who break this rule would be fined between NT$50,000 and NT$1 million, it states.

Individuals or entities who defy an order of the Central Epidemic Command Center, or contingency measures that the center implements, including those who refuse to comply with the government’s setting aside of goods for disease prevention, would also be subject to a fine of between NT$50,000 and NT$1 million, it states.

People who hoard or attempt to hoard equipment or medicines deemed necessary for disease prevention, as published by the Ministry of Health and Welfare, would face a prison term of up to five years and a possible fine of up to NT$5 million, it states.

Those who spread disinformation or rumors about an epidemic to the extent that it hurts the public interest would face a prison term of up to three years or a fine of up to NT$3 million, it states.

The bill stipulates that the health ministry should issue subsidies to healthcare personnel responsible for disease prevention, treatment or care during the COVID-19 outbreak, while employees who prevent COVID-19 with excellence at government agencies, schools, companies or organizations should be rewarded by their employer.

If a person in charge of disease prevention dies from COVID-19, the ministry should subsidize the educational costs of their children, it states.

The bill stipulates that it be funded by NT$60 billion of surplus revenue from prior fiscal years or loans.

Before the special budget is approved by the Legislative Yuan, funding related to company bailouts or the offsetting of economic losses in certain sectors may be appropriated from existing budget, it states.

If passed, the bill would be retroactively applied to Jan. 15 — the day that the disease was declared a class-5 epidemic — and would remain in effect until June 30 next year, except for Articles 12 to 16, which deal with penalties, which would take effect once ratified.

Premier Su Tseng-chang （蘇貞昌） said he approved the bill and has asked government agencies to communicate extensively with the four legislative caucuses so that it can pass quickly.

The Executive Yuan is to finish planning the special budget and unveil it within a week, Su said, adding that the bill would hopefully pass in time to tide over sectors affected by the outbreak.

Yesterday, the Ministry of Economic Affairs unveiled a plan to provide NT$3.47 billion in relief funds to manufacturers.

Deputy Minister of Economic Affairs Wang Mei-hua （王美花） said that the fund would cover local companies planning to move their operations back home amid the COVID-19 outbreak, but the Ministry of Economic Affairs is still assessing whether to subsidize “rootless” firms that do not have facilities in the nation. 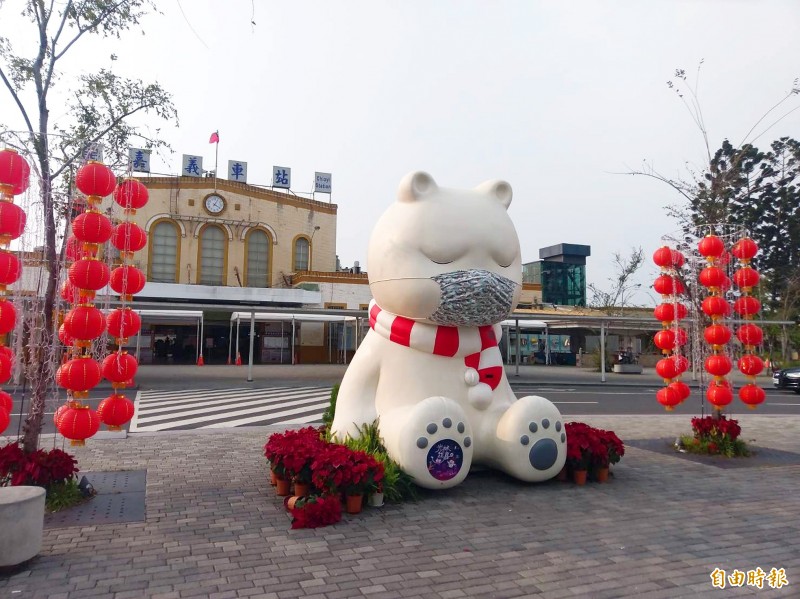 A mascot bear wearing a mask sits in front of Chiayi Railway Station in Chiayi City yesterday. The installation is an alternative take on how to remind people to be vigilant in the prevention of COVID-19. Photo: Wang Shan-yan, Taipei Times 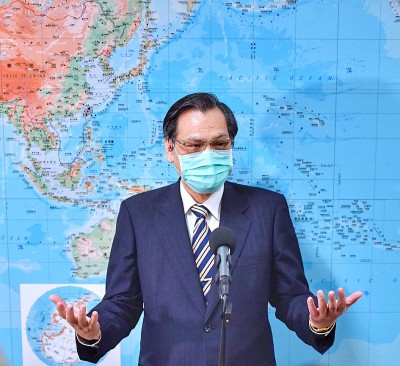 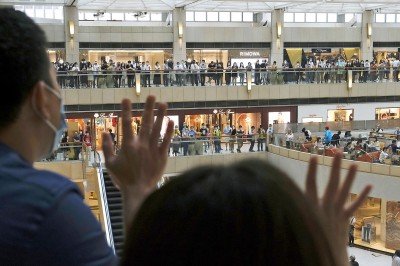 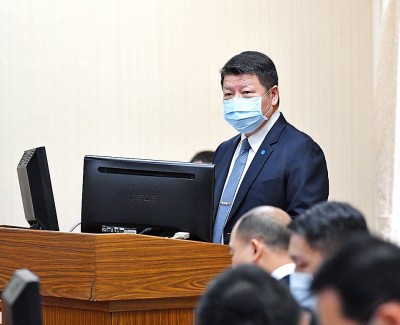 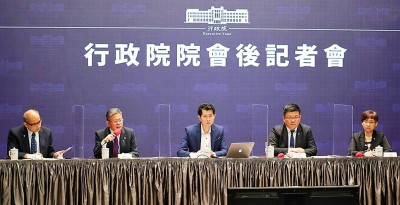