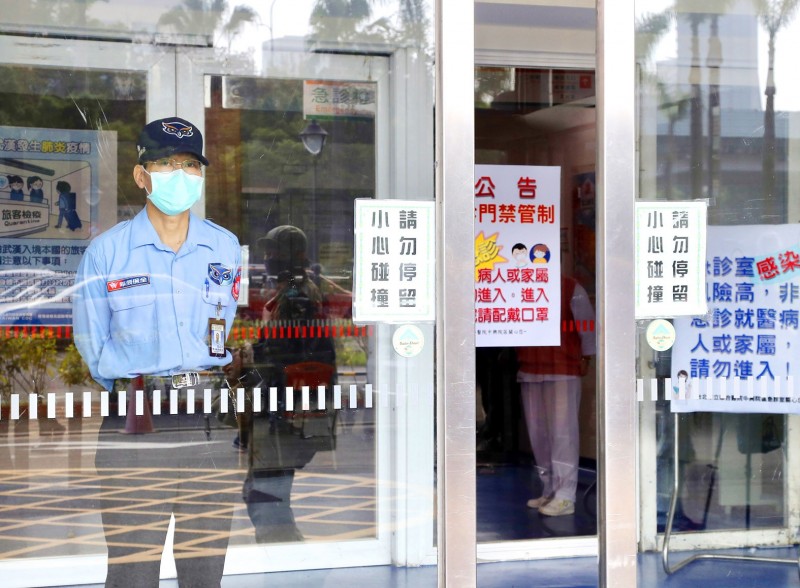 A guard at the entrance to the Taipei City Hospital wears a mask yesterday as Taiwan steps up its efforts to prevent the spread of the 2019 novel coronavirus from China. Photo: CNA

Tour groups, but not individual travelers, are banned from visiting China as of today, the Tourism Bureau said yesterday as the government stepped up its efforts to prevent the spread of the 2019 novel coronavirus （2019-nCoV）.

The center said free antiviral drugs would be available to anyone clinically confirmed to have flu-like symptoms, regardless of nationality, and.

The decision was made after Ministry of Transportation and Communications officials met with Travel Agents Association representatives.

The bureau backed regulating tour groups headed for China, as Chinese travel agencies might not be able to receive them, and it would be dangerous for them to visit China, Chou said.

The bureau respects people’s freedom to visit China as individual, but it is urging people not to go unless absolutely necessary, in which case they should pay special attention to their health, he said.

Taiwanese returning from China are to be monitored for two weeks to make sure that they have not been infected with the virus, which could strain resources, he added.

The Central Epidemic Command Center said free antiviral drugs would be available through the end of next month.

If the antiviral drugs prove effective, it would rule out 2019-nCoV, because there is no treatment for that virus at present.

This approach would help differentiate between the new virus and influenza, as Taiwan is now in its peak flu season, Centers for Disease Control （CDC） Deputy Director-General Chuang Jen-hsiang （莊人祥） said.

The command center has also widened its requirements for reporting suspected cases of 2019-nCoV.

Under the latest government directive, doctors are required to report to the CDC if a patient has h a fever or acute respiratory infection and has been to Wuhan, China, at least 14 days prior to falling ill, Chuang told a news conference in Taipei.

Previously, suspected cases were identified as having both a fever and acute respiratory infection, and having been in Wuhan at least 14 days before the symptoms appeared.

As of 4pm yesterday, 168 cases of people displaying pneumonia-like symptoms had been reported, including 35 reported yesterday and 70 on Thursday, the command center said.

In the two new confirmed cases of 2019-nCoV, one patient is a Chinese tourist from Wuhan and the other is a Taiwanese man who had been to Wuhan, it said.

The nation’s first case was confirmed on Tuesday.

The Coast Guard Administration yesterday announced it would increase inspections of people and crew of civilian ships that have recently visited Chinese cities hit by the new virus and would pay close attention to anyone trying to enter the nation illegally.

It would work closely with the CDC and the Bureau of Animal and Plant Health Inspection and Quarantine, and focus its inspections on the “small three links” ports in Kinmen, Lienchiang and Penghu counties, it said.

The National Palace Museum yesterday began taking the temperature of Chinese visitors, while employees at the museum — as well as staff at the Taipei Children’s Amusement Park, the Taipei Arena and Taipei Rapid Transit Corp （TRTC） — began wearing masks at work.

TRTC said it has increased disinfection of MRT cars to twice a week and has been urging passengers to wash their hands frequently and wear masks if they are experiencing any discomfort. 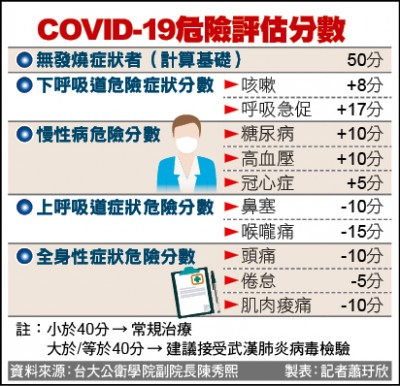 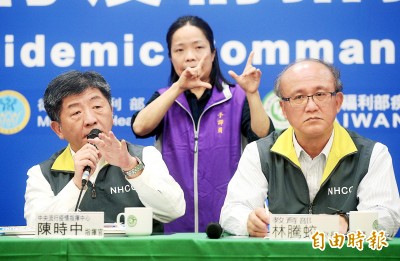