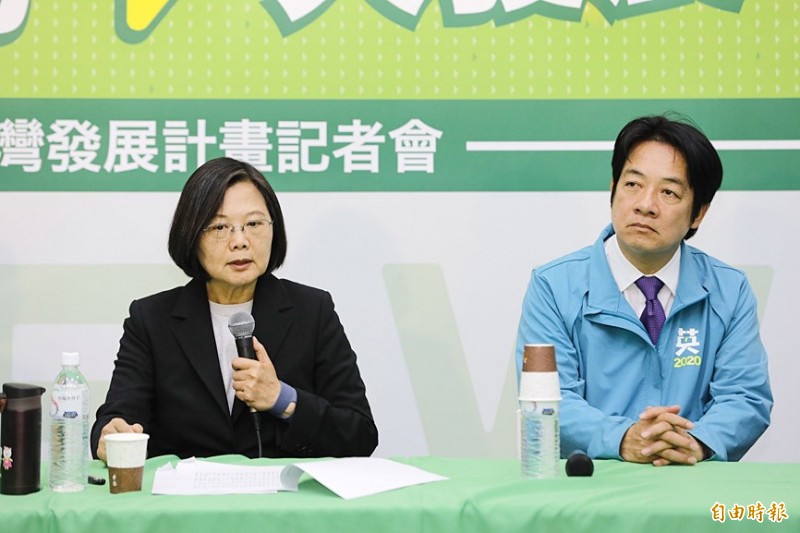 The policy would focus on the development of industry, agriculture, transportation and tourism in the south and set development goals, thereby demonstrating the Democratic Progressive Party’s （DPP） resolve to bring prosperity to the region, Tsai, who is seeking re-election as the DPP’s presidential candidate in the Jan. 11 election, told a news conference in Kaohsiung.

Kaohsiung has transformed from an industrial city to a “marine capital,” Tsai said.

She expressed the hope that development levels in the north and south could be balanced with the help of the Executive Yuan’s Forward-looking Infrastructure Development Program, saying that the process must be accelerated.

Although the DPP lost the Kaohsiung mayoral election on Nov. 24 last year, it would not renege on its promise to the city just because there has been a transition of political power, as Kaohsiung has not wronged anyone, she said.

The policy aims for Tainan to become a high-tech city, while Kaohsiung would become a center of international finance, materials science, marine technologies and circular economy.

Under the policy, Pingtung would focus on the development of agricultural biotechnology, tourism and renewable energy, while outlying Penghu County would set its sights on culture and tourism.

Lai said that the plan would not only balance development in the north and south, promoting unity among Taiwanese, but also solve the problem of “northbound drifting” — a term that refers to people leaving their hometowns in the south to look for work in the north.

Separately yesterday, Kaohsiung Mayor Han Kuo-yu （韓國瑜）, the Chinese Nationalist Party’s （KMT） presidential candidate, attended a campaign rally at the Yunlin County Stadium to celebrate the launch of a joint campaign headquarters for him and the county’s KMT legislative candidates.

It was the second time since Thursday that Han visited the county, sparking speculation that he wants to curry favor with local peanut farmers as prices of the legumes are plummeting.

A rumor that began circulating on the Internet last month that the DPP administration plans to import peanuts has driven wholesale peanut prices down from at least NT$40 per kilogram to less than NT$30.

Tsai on Tuesday also visited Yunlin to learn about the peanut price situation.

In related news, a group of veterans who are KMT stalwarts yesterday rallied in Taipei, vowing to use their “expertise in political warfare” to monitor the election and ensure that it is not rigged against Han.

Wu sparked controversy when he attended a 2016 event in China to commemorate the birth of Sun Yat-sen （孫中山）, at which he reportedly listened to a speech by Chinese President Xi Jinping （習近平） and stood for a rendition of the Chinese national anthem.