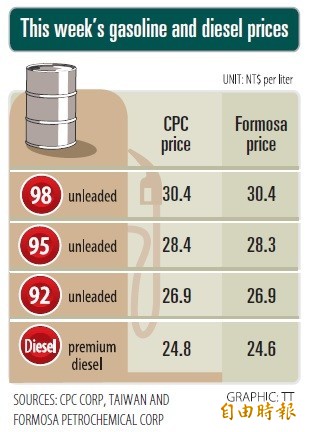 Based on the company’s floating oil price formula, oil prices last week decreased by US$1.04 per barrel to US$62.72, CPC’s Web site said.

CPC attributed the decline to negative sentiment in the crude oil market, with investors concerned about trade talks between the US and China.