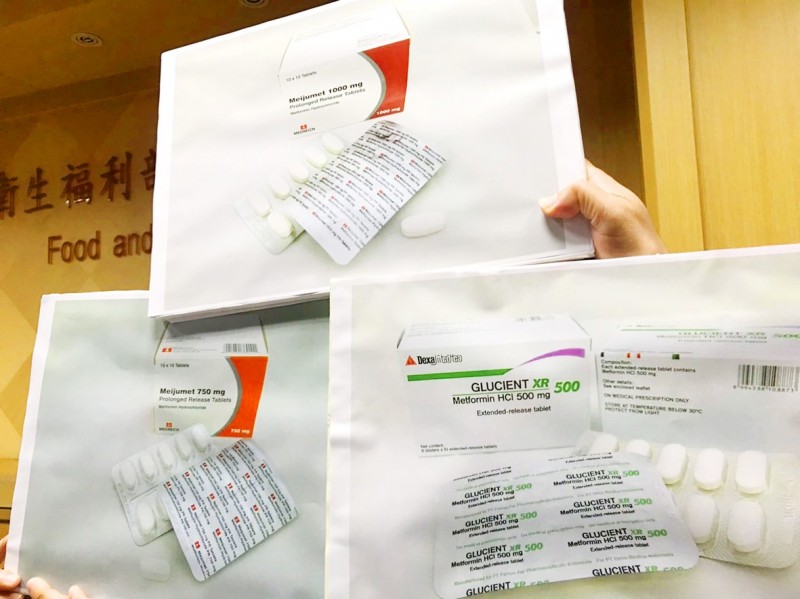 The Food and Drug Administration （FDA） yesterday said that it has asked drug companies producing metformin, a first-line medication for type 2 diabetes, to examine their products for a potential cancer-causing impurity: n-nitrosodimethylamine （NDMA）.

The recall came after medications containing valsartan for treating high blood pressure were recalled in many countries last year after they were found to contain NDMA.

In September, ranitidine medications for stomach ulcers and heartburn that were contaminated with NDMA were recalled.

FDA Medicinal Products Division section chief Hung Kuo-teng （洪國登） said that the three types of metformin recalled in Singapore are not imported to Taiwan, but there are 140 drug permits for metformin medication in Taiwan, of which 110 types are being manufactured.

The agency has asked domestic metformin manufacturers to examine the active ingredients batch by batch before they are imported, he said.

The FDA also identified 44 types of drugs that have a higher risk of containing NDMA and has asked the companies producing them to test for the impurity, Hung said.

The safety limit for NDMA is 96 nanograms per day, according to the International Council for Harmonisation of Technical Requirements for Pharmaceuticals for Human Use’s M7 guidelines.

People using metformin are advised not to stop treatment on their own, as doing so could cause their blood sugar levels to spike, which would pose a greater health risk than taking tablets that could be contaminated with NDMA, she said.

It would continue to test medications for NDMA contamination and announce the results, the agency said.