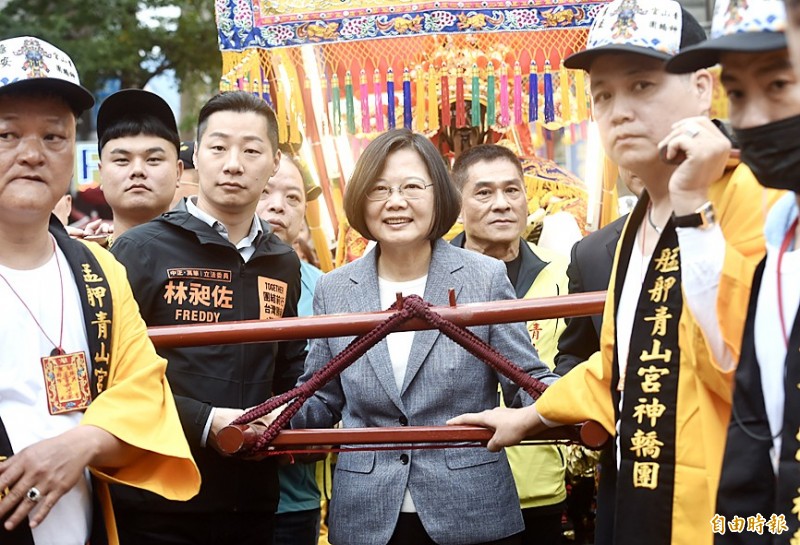 President Tsai Ing-wen （蔡英文） yesterday said that if re-elected, she would ensure the nation’s sovereignty and economic development, and take care of its people.

Tsai, the Democratic Progressive Party’s （DPP） candidate in the Jan. 11 presidential election, made the remarks during a visit to Cingshan Temple （青山宮） in Taipei’s Wanhua District （萬華）.

Accompanied by independent Legislator Freddy Lim （林昶佐） and Minister of the Interior Hsu Kuo-yung （徐國勇）, Tsai helped carry a palanquin at the temple, which was holding a three-day procession to celebrate the birthday of its mountain god.

The most important aspect of the procession is the spirit of solidarity and reciprocity, Tsai said.

She prayed for blessings from the god, Tsai said, adding that hard work matters, in addition to help from the gods.

She called on people to support her administration.

Taiwanese must not be intimidated by Beijing’s maneuvers to influence the elections, Yu said at the rally.

Instead, they must show their determination to oppose Beijing’s “one China” principle and “one country, two systems” framework through their votes, he said.

In doing so, they would also express to the world that Taiwan is a sovereign and independent nation, Yu added.

Former US ambassador to the UN Nikki Haley has repeatedly urged the US government to heed the pro-democracy protesters in Hong Kong and stand with Hong Kongers, warning that “if Hong Kong falls, Taiwan is next,” he said.

While Taiwanese could be strong enough to withstand threats from China, Haley’s remarks show that the US cares about Taiwan, Yu said.

When the world is concerned about Taiwan, it gives all the more reason for Taiwanese to be determined in their fight against Beijing’s “one China” principle and “one country, two systems” framework, he said, urging people to support Tsai and the DPP’s legislative candidates. 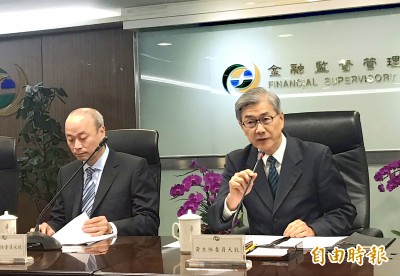 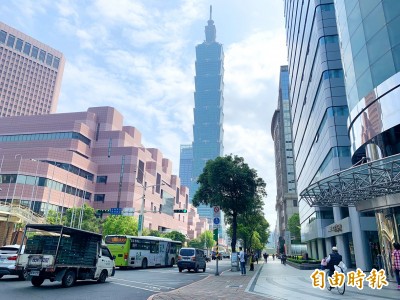 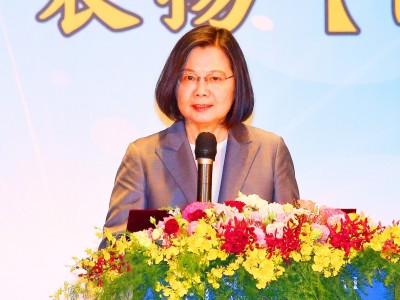 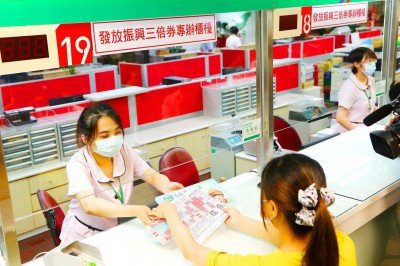