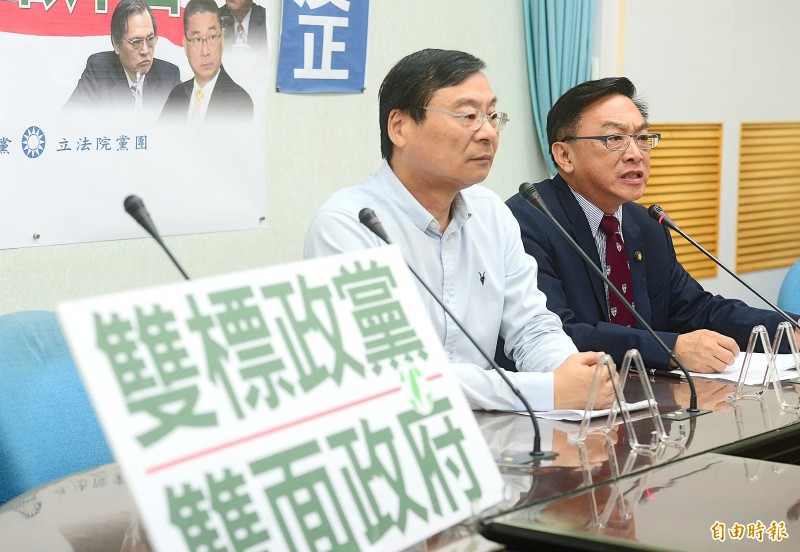 Chan Tong-kai （陳同佳） is the main suspect in the murder of his girlfriend, Poon Hiu-wing （潘曉穎）, during a visit to Taiwan in February last year.

The Hong Kong government said that Chan would surrender himself to Taiwanese authorities, but the Mainland Affairs Council （MAC） has said it suspects Hong Kong of trying to use the case to justify a controversial proposed extradition bill, which has triggered months of protests in the territory and was finally withdrawn yesterday.

President Tsai Ing-wen （蔡英文） on Tuesday wrote on Facebook that the government has not forfeited its judicial rights in the case, and that the council has written to the Hong Kong government requesting that it allow Chan to be sent to Taiwan to stand trial.

If Chan does fly to Taiwan, he would be arrested upon arrival, Premier Su Tseng-chang （蘇貞昌） said on Tuesday, as he called on the Hong Kong government to hand over Chan along with any evidence it has through mutual judicial assistance.

However, the Hong Kong government yesterday said it could not accept Taiwan’s request, adding that Taipei should cancel its ban on Chan’s entry if it is willing to handle his surrender.

Despite its claims of defending sovereignty and human rights, the DPP’s shifting attitude on Chan’s case shows that it is only using the protests in Hong Kong against a proposed extradition law to win votes, he said.

Tsai and Su should apologize to the public for disparaging the nation’s sovereignty, while MAC Minister Chen Ming-tong （陳明通）, Minister of the Interior Hsu Kuo-yung （徐國勇） and other Cabinet members connected to the matter should step down, Tseng said.

Tsai’s administration has allowed a simple judicial issue to grow into a political one, and Tsai only vowed to capture the suspect sparking a controversy, KMT caucus vice secretary-general Arthur Chen （陳宜民） said.

Anyone committing crimes in Taiwan should be listed as a wanted person by the authorities, while a criminal that is willing to answer to justice is an ideal scenario, KMT Legislator Lin Wei-chou （林為洲） said.

The government should issue a travel document to Chan so that he can return to Taiwan, Lin said.

Chan was released from jail in Hong Kong yesterday. He had been convicted and sentenced to a 29-month term for stealing Pan’s belongings and money, but the territory’s prosecutors said they could not file murder charges against him due to lack of evidence.