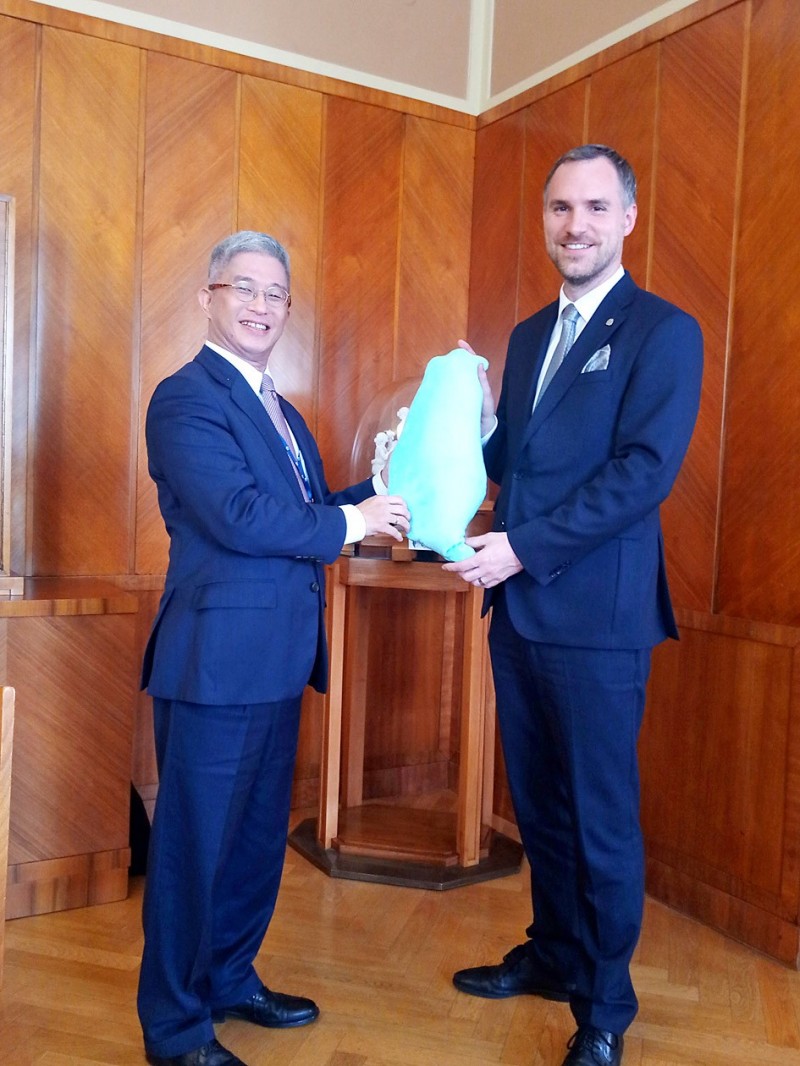 Deputy Minister of Foreign Affairs Hsu Szu-chien, left, presents a Taiwan-shaped pillow as a gift to Prague Mayor Zdenek Hrib on Monday during his visit to the Czech Republic. Photo courtesy of the Taipei Economic and Cultural Office in Prague via CNA

Deputy Minister of Foreign Affairs Hsu Szu-chien （徐斯儉） on Monday met with Prague Mayor Zdenek Hrib in the Czech capital to discuss the city’s decision to cut sister-city ties with Beijing due to a dispute over the latter’s “one China” principle.

The Prague City Council on Monday last week voted to terminate the pact after Hrib unsuccessfully tried to make Beijing remove Prague’s recognition of “one China” from the sister-city agreement, which was approved in 2016.

The Ministry of Foreign Affairs on Twitter on Monday shared a photograph of Hsu and Hrib, saying that Hrib’s “adherence to the fundamental values of freedom and democracy has won him international admiration. We wish Mayor Hrib every success & hope he returns soon to Taiwan.”

Hsu arrived in the Czech Republic on Sunday and leaves today, Ou said, adding that on Monday, he gave a speech at the 23rd Forum 2000.

The forum was initiated by former Czech president Vaclav Harvel and others in 1996 to support the values of democracy and respect for human rights.

This year marks the 30th anniversary of the Velvet Revolution, which was a peaceful movement that ended one-party communist rule in Czechoslovakia and has influenced democratic movements across the world, the spokeswoman added.

All three are members of the Czech Pirate Party.

Ou also thanked the Czech Republic for a joint petition that more than 80 of its legislators across party lines signed in May to support Taiwan’s participation in the World Health Assembly. 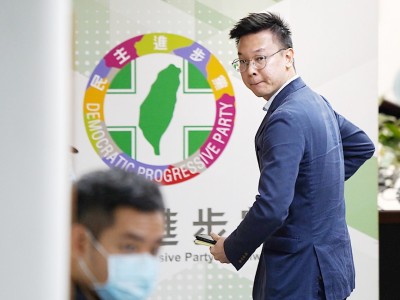 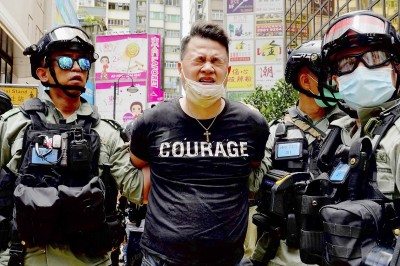 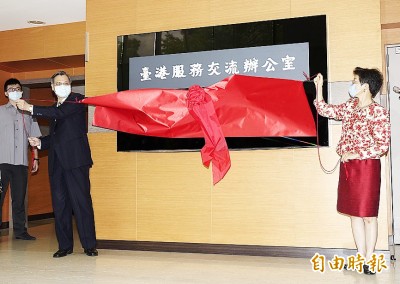 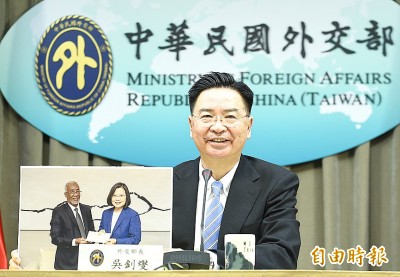 《TAIPEI TIMES》Taiwan, Somaliland to set up …